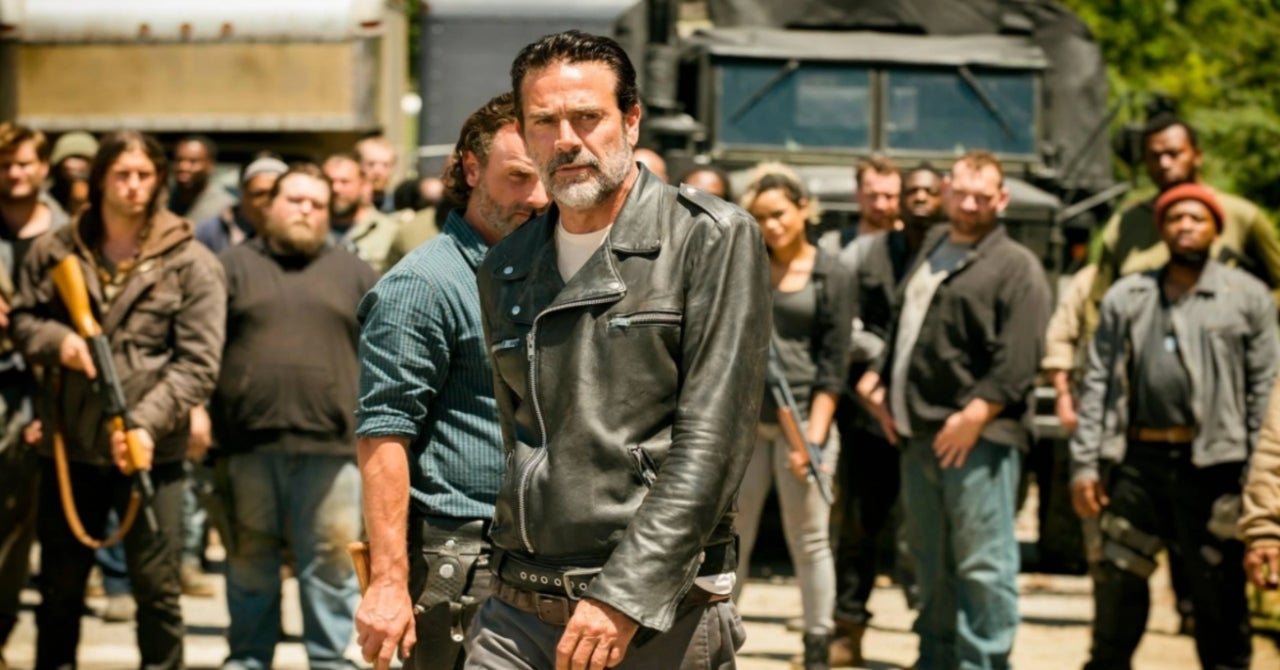 The Walking Dead actress Ann Mahoney reveals she once received a phone call from then-showrunner Scott Gimple apologizing for a scripted insult about her character’s weight during a confrontation with “misogynist” Negan (Jeffrey Dean Morgan). Mahoney played Olivia, Alexandria’s inventory manager in charge of rationing food and weapons to its residents, who is mocked by Negan when the Saviors come to collect tribute from the subjugated community in Season 7 episode 4, “Service.” During their first meeting, Negan cracks, “I can’t be the only one to notice that you got a fat lady in charge of keeping track of rations, can I?”

“Gimple called me and was like, ‘I just want you to know that I’m sorry about that line, but Negan’s an a—hole and so he says a—hole things,'” Mahoney said on Skybound’s Talk Dead to Me podcast. “‘But none of us think of you like that. But it just kind of shows everybody what a misogynist he is, basically.'”

The insult, said in confidence to Rick Grimes (Andrew Lincoln), was taken from issue #103 of creator Robert Kirkman’s comic book. Negan offends Olivia directly in Season 7 episode 7, “Sing Me a Song,” where he makes another rude comment about her weight after returning Carl Grimes (Chandler Riggs) home following a failed attack on the Sanctuary.

When Olivia tells Negan a depleted Alexandria is “practically starving,” he gestures towards her frame and says, “You? By ‘practically, you mean ‘not really.'” Olivia then slaps him when Negan makes a crass remark propositioning her for sex.

“I think just the rest of the time, Jeffrey just was so lovely and we joked around,” Mahoney said of her former co-star. “It just felt like a big brother, little sister kind of relationship a little bit. That’s my job as an actor, right? To be offended. And that stuff does hurt when people say it [laughs], but that’s who Olivia is. And she’s standing up, she is positioning herself as a mama bear.”

Mahoney would receive another phone call from Gimple informing her of Olivia’s death in the mid-season finale, “Hearts Still Beating,” where her character is shot by Savior Arat (Elizabeth Ludlow) moments after Negan guts Spencer (Austin Nichols).

“He was actually quite lovely about it. I want to say it was about more than a month and a half before I shot that episode,” Mahoney said of her call with the writer-producer. “When Scott Gimple pops up on your phone on a Sunday morning… I looked at my husband and I went, ‘I’m dead.’ [Laughs] As soon as I saw his name pop up, I’m like, ‘I’m dead, that’s it, it’s over.'”

“Olivia was a genuinely good person,” Mahoney added, “which spells doom for you in the apocalypse. I think her death is a good balance to Spencer going in such a gruesome way, and so shocking, actually. [Eugene actor] Josh McDermitt said to me, ‘I actually shouted out loud when I read the script and saw that you got shot, because it was so shocking.'”