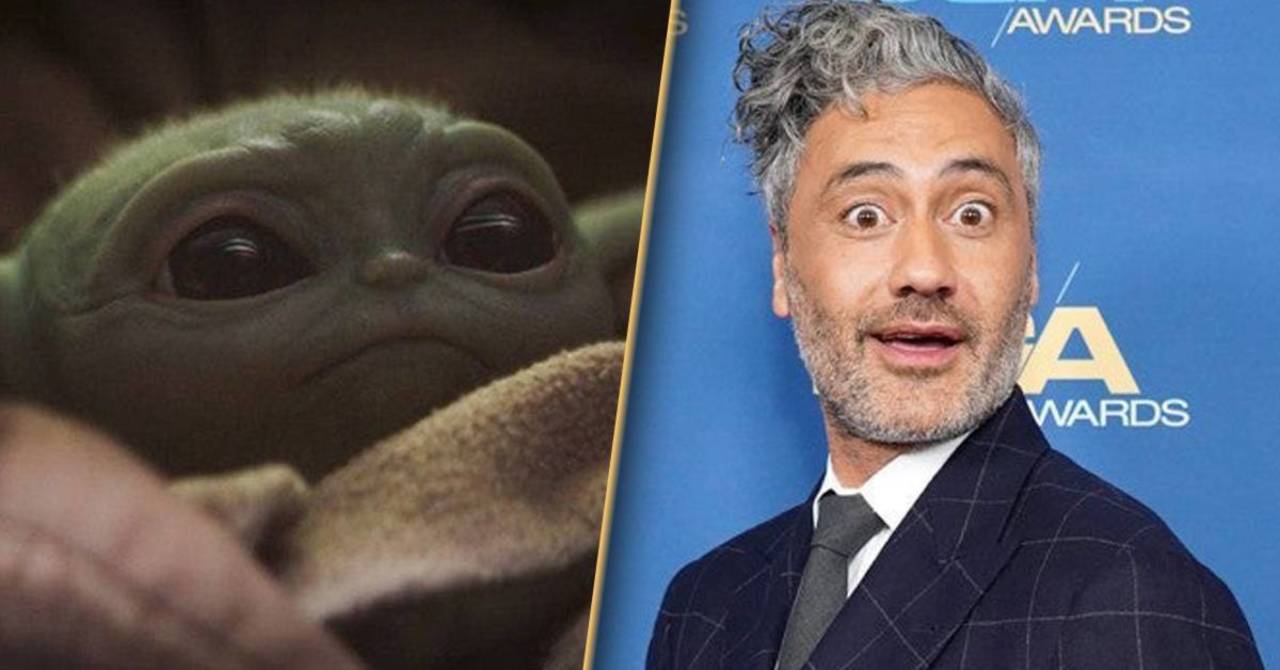 Star Wars’ Taika Waititi celebrated Father’s Day with Baby Yoda on Instagram. The director posted a photo of him cradling The Child as he crouched behind the scenes on the set of the Disney+ hit. Most of the stars of the series have made no secret of the fact that Baby Yoda is pretty much the most adorable thing any of them have seen. In fact, after the big reveal, the story of Werner Herzog’s response to the puppet became one of the most dominant stories to come out of the show. There’s no denying that The Child is the main attraction as there are still kids clamoring for merchandise featuring the little alien months after the show premiered. Young fans are just getting plush toys and other stuff, and some are even giving their Dads Father’s Day swag with Baby Yoda on it.

Directing an episode of The Mandalorian was a whole new ballgame for Waititi. He told the press at the Television Critics Association winter press tour last year about some of the differences between this series and a Marvel production.

“Star Wars is very different to Marvel style,” Waititi began. “They know that the tone of the first films really should be kind of adhered to. That’s what the fans like and you can’t really disrespect it, I guess is a nicer way of saying, ‘Can’t put too many jokes in.’ There’s a bit, definitely, my tone is in there, the dialogue and stuff like that.”

He told the Star Wars Show how excited he was to be getting the chance to direct an episode of The Mandalorian last season. The experience will stick with the Thor director for a long time.

“It’s one of those experiences that you just know isn’t going to happen, so you don’t even bother dreaming about it. So when you turn up, you’re like, oh, this is a dream I didn’t even know I had. And it’s come true,” the director said. “It was just very surreal and strange. We shot the whole thing in a very similar style to the original films. And so that stuff keeps it grounded in the universe. And then you know, we had like a lot of practical effects and a lot of creature design. And all of that — just to be on set around that stuff — there’s nothing like it.”

Did you give your Dad any Baby Yoda merch for Father’s Day? Let us know down in the comments!