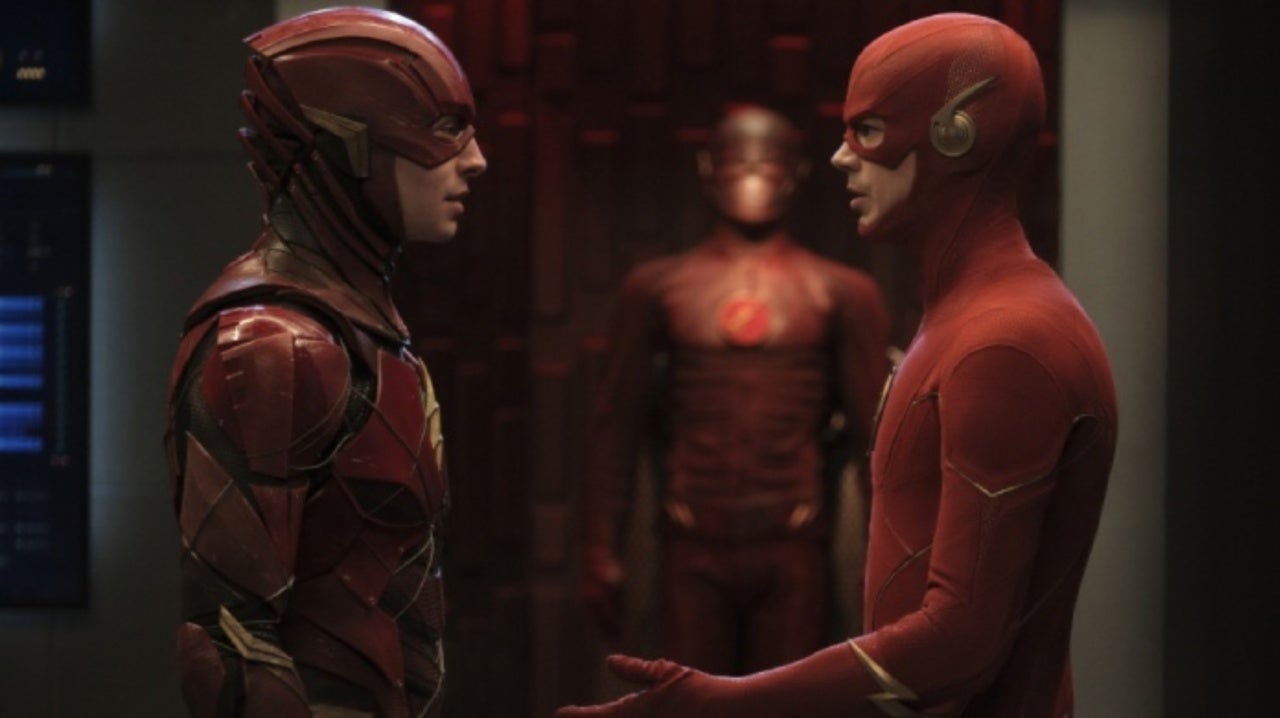 Earlier today, news broke that Michael Keaton is in talks to reprise his role as Batman for the forthcoming The Flash movie starring Ezra Miller — and that while the film is ostensibly based on the Flashpoint comics in which Batman was a jaded, gun-toting Thomas Wayne whose life had been ruined by the murder of his child, Keaton will instead play a version of Batman who would be able to return in future films. The news has DC fans already speculating about the possibilities for such a move, whether it’s a multiverse or a Batman Beyond movie. But it’s worth nothing that these characters have already been established to share a space in DC’s multiverse.

Where? In The CW’s epic “Crisis on Infinite Earths” DC crossover, of course. In fact, the existence of the Michael Keaton Batman is established in the first few minutes of the events’ first episode.

As a wave of antimatter causes red skies and tears through a number of realities, destroying them (at least for the time being), one of those worlds is Earth-89. In addition to being a nod to the year Keaton’s Batman premiered, the scene featured Danny Elfman’s Batman theme, and a cameo by Robert Wuhl, who played journalist Alexander Knox in the Tim Burton movie. In the scene, Wuhl sits on a bench, reading a story about Batman — and the photo appears to be an old licensed-art drawing based on the Burton/Keaton costume.

Hardcore CW/DC fans, though, likely know that there was another possibility for that newspaper. Set spies had taken photos of a newspaper spotted on set that featured Michael Keaton’s Bruce Wayne, a smile beaming from the paper as it announced his marriage to Selina Kyle. It is not clear why that paper was not used, but it would have taken what was already implicitly clear, and made it explicit.

Later in the crossover, after the multiverse had been completely destroyed by the Anti-Monitor and a small number of surviving heroes were hiding out in the Vanishing Point plotting an attempt at stopping him and reversing the damage, The Flash (Grant Gustin) convinces them to head with him into the Speed Force. While en route, they are attacked, splitting up the group and sending them careening into different corners of the Speed Force. The Flash, for one, finds himself in a vision of STAR Labs — where he finds himself face to face with The Flash (Ezra Miller).

The two converse briefly in the episode, with a highlight being a gag about the fact that Miller’s The Flash was never called The Flash in Justice League, so it’s implied that the Gustin version inspired him to take that name by calling him by it. And then he’s gone.

This means that in the multiverse populated by the Arrowverse shows, both the Earth on which Ezra Miller’s Flash took part in Justice League and the Earth on which Robert Wuhl’s Alexander Knox knew Michael Keaton’s Batman existed. After being wiped from reality as part of the Crisis, a new multiverse was born — one shut off to the heroes of the Arrowverse (for now), but where the Earths once destroyed are flourishing again.

If you haven’t watched it, “Crisis on Infinite Earths” remain the most ambitious thing DC has ever done in live action. You can see details on where you can stream it here.