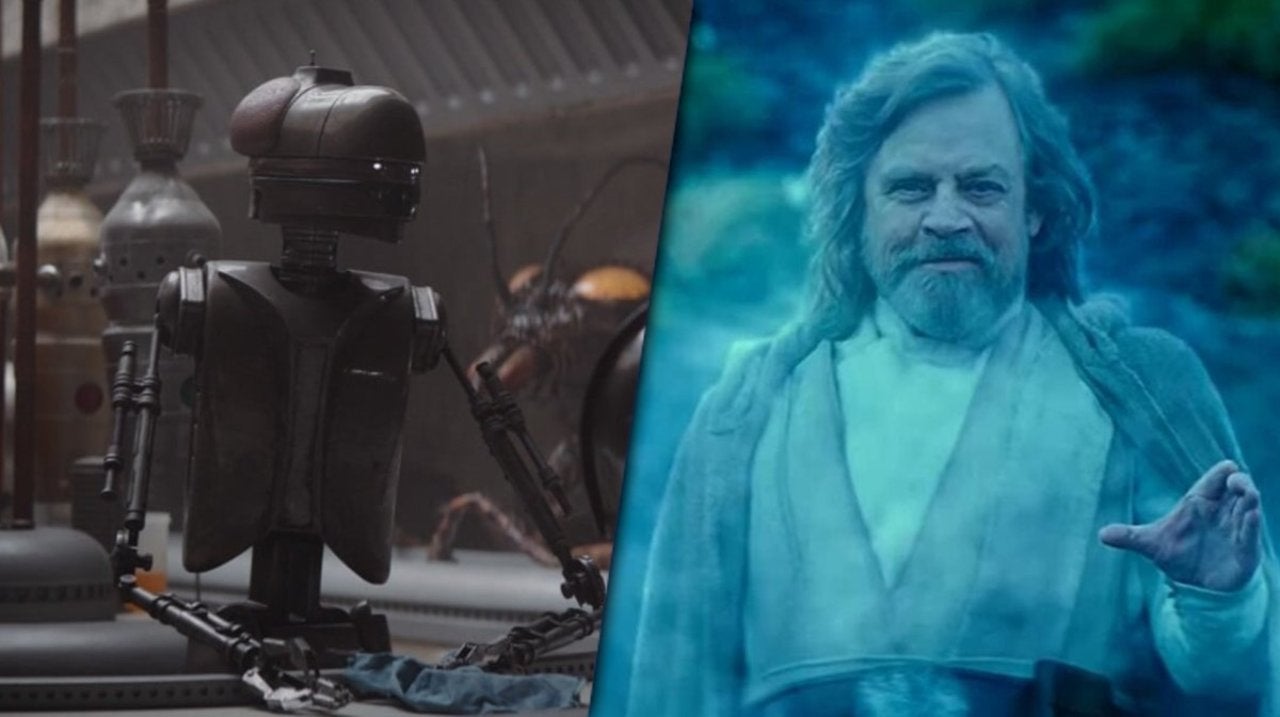 The first season of The Mandalorian delivered Star Wars fans a number of thrilling references and Easter eggs to other corners of the galaxy far, far away, though many fans missed the fact that Mark Hamill, famous for playing Luke Skywalker in the series, had a cameo in episode five, “The Gunslinger,” as the voice of a droid in the Mos Eisley Cantina. With the locale being introduced back in 1977’s Star Wars: A New Hope, it has been an iconic environment for decades, so seeing the titular hero visit the location at all was already exciting, resulting in fans not recognizing the voice of the bartender droid.

The first season of the series concluded last year, with the Disney+ series Disney Gallery: The Mandalorian diving deep into the making of the adventure and shedding light on exciting details about bringing the program to life. In the season finale, “Connections,” Mandalorian creator Jon Favreau noted that Hamill voiced the EV-9D9 droid in the scene, as the droid tells the titular character, “Unfortunately, the bounty guild can no longer operate on Tatooine.”

This is far from the only Easter egg in the scene, some of which are more related to the saga’s narrative while others are related to locations.

In A New Hope, bartender Wuher let C-3PO and R2-D2 know that droids weren’t allowed in the establishment. With The Mandalorian taking place nearly a decade since the events of that film, it made for a hilarious juxtaposition to see that not only are droids allowed, but they appear to be running the joint. Eagle-eyed fans might have also noticed that, among the patrons of the cantina, is what appears to be the droid R5-D4. This droid is essentially responsible for Luke’s entire journey, as it intentionally malfunctioned after Luke’s uncle bought it so that the moisture farmer wouldn’t separate C-3PO from R2-D2, ultimately leading the Jedi to discover the message Leia sent to Obi-Wan Kenobi.

Additionally, following the Mandalorian’s encounter with the droid, he witnesses bounty hunter Toro Calican sitting in the same booth that Han Solo and Chewbacca were sitting in during A New Hope, which led to Obi-Wan and Luke hiring them to transport them to Alderaan and also led to Han’s fateful encounter with Greedo.

This likely won’t be the last time Hamill provides a cameo for a Star Wars project, but we doubt we’ll ever see him play Luke Skywalker again. Season Two of The Mandalorian is set to debut on Disney+ this October.

Did you catch this cameo? Let us know in the comments below or contact Patrick Cavanaugh directly on Twitter to talk all things Star Wars and horror!