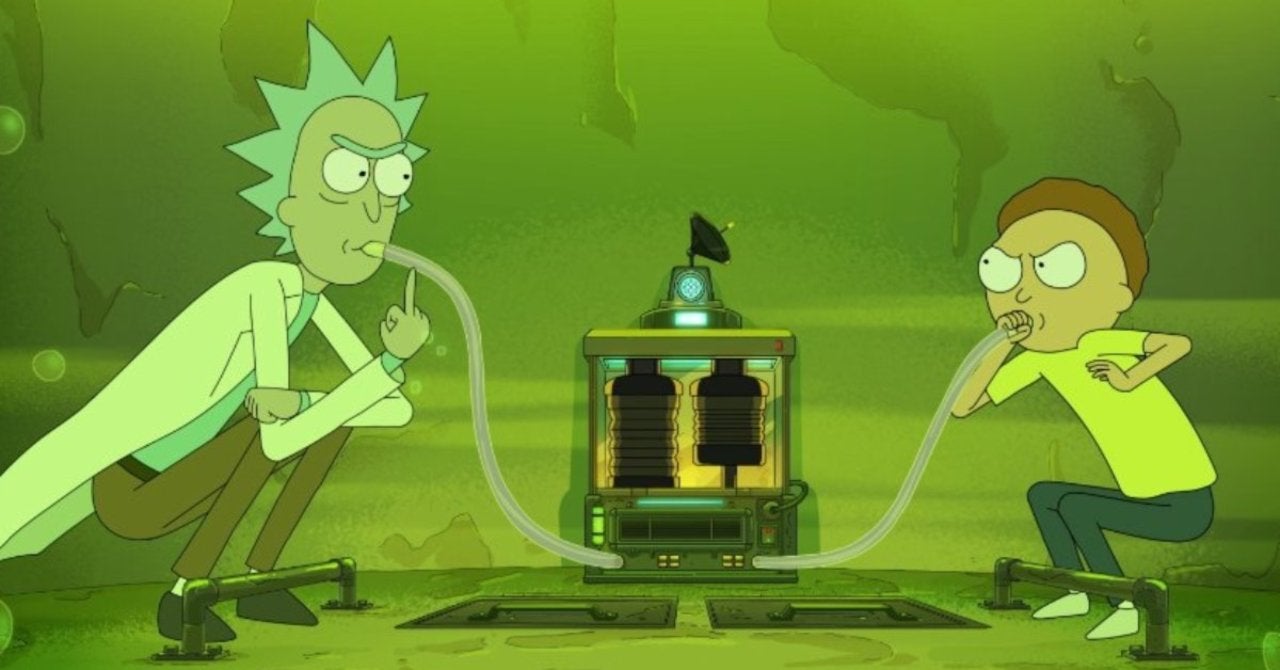 One of the most memorable moments of Rick and Morty Season 4 was the Vat of Acid Episode. Series co-creator Dan Harmon talked about that wild ride with The Wrap recently. A lot of fans correctly pointed to the very 80s musical drop of “The Way That You Use It” by Eric Clapton as a major point of the episode. It turns out, that decade’s pitfalls and media obsessions played a huge role in forming this installment. Rick and Morty usually fires on all cylinders when it gets a bunch of wacky ideas that coalesce into one large storyline. Vat of Acid is no different in that regard. In fact, the titular Vat of Acid was actually a nod to the limitations of the 80s and how they had to be clever in staging some stories. That idea was married to the video game plot and a wild montage from episode director Jacob Hair. The result was a very satisfying episode.

“At the beginning of the year, we were talking about how ’80s movies had this obsession with vats of toxic waste and acid and whether that was a cultural thing because of people’s awareness of nuclear waste and why that became such a handy story tool,” Harmon began. “And our writer Brandon Johnson said, ‘I think it’s a budget thing, because all you gotta do is drop a bad guy into a bucket of water and float some bones up to the surface and you’re done.’ And that became, what if Rick was really proud of that idea and is defensive because Morty is absolutely confused by the genius of the vat of acid plan from a guy who can accomplish so much more.”

He continued, “And that came into a conversation that creatives are familiar with, where two collaborators are venting their fears and anxieties about working with each other and who is respecting whose ideas more. If Morty’s point is his ideas are never respected when clearly there are no wrong answers around here, then it was, well what should Morty’s big idea be that he’s always been mad Rick hasn’t respect? And we pulled out one that we’ve always had that we’ve never been able to really tackle and that was the place-saving device.”

“A really important shout-out for that episode should go to the director Jacob Hair, because Justin and I had not seen a cut of that episode until the animatic phase and the episode had come in very short,” Harmon explained. “And Jacob had inserted that entire musical sequence with Morty’s romantic relationship with this unnamed girl. And we barely changed a frame of it and it’s such a beautiful moment in TV.”

Did you love Vat of Acid? Let us know down in the comments!