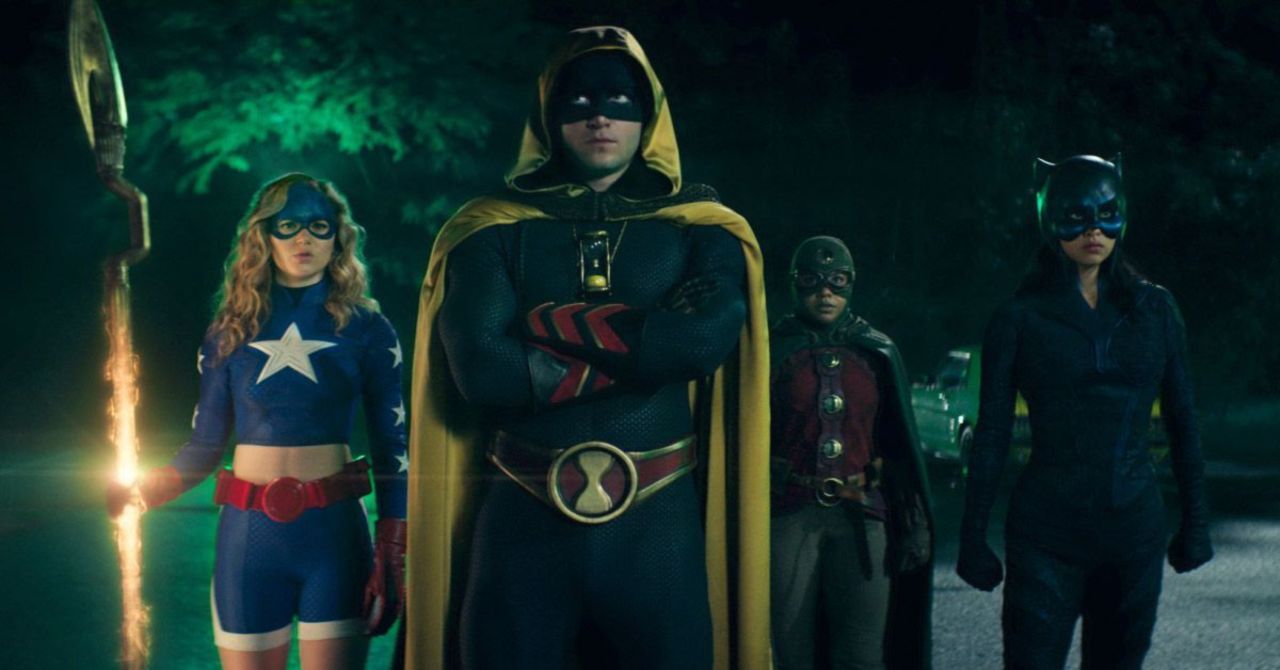 The CW has released a preview for “The Justice Society”, the upcoming sixth episode of Stargirl‘s first season set to debut on Monday, June 22nd on DC Universe and Tuesday, June 23rd on The CW. The episode will see Courtney (Brec Bassinger) and her newly recruited team consisting of Yolanda Montez/Wildcat (Yvette Monreal), Beth Chapel/Doctor Mid-Nite (Anjelika Washington), and Rick Tyler/Hourman (Cameron Gellman) come together for their first-ever mission. However, the young heroes have a lot to learn and things don’t look like they go particularly well, as you can see for yourself in the video above.

Per the synopsis, Courtney’s stepfather Pat (Luke Wilson) will confront her about her recruitment of new JSA members, but also Yolanda and Rick (Cameron Gellman) will set out on their first real mission as part of the team. And that mission is one that could be a little daunting. Recently released episode photos revealed that the episode will see fans get their best look yet at two more members of the Injustice Society: Sportsmaster (Neil Hopkins) and Tigress (Joy Osmanski). As the series hasn’t yet show much about either Sportsmaster or Tigress, but has put its own twist on some of the other comics-inspired character populating the series — especially Jordan Mahkent/Icicle (Neil Jackson) — it will be interesting to see how the show approaches its latest two villains.

“It’s interesting. Some of the characters are very, like Courtney and Pat, very close to the characters in the book. Dragon King, Solomon Grundy, there’s a lot of characters that they’re stories are very close to the comics,” showrunner Geoff Johns previously said about Stargirl’s approach to characters. “And then there’s a handful like Yolanda [Montez/Wildcat] who we’ve introduced differently. She’s younger than she was in the comics, as is Beth Chapel and Rick Tyler. But the idea was, I always loved movies like The Breakfast Club, and it was like, okay, what if The Breakfast Club had superpowers? So, it was initially like the JSA, like right now, they’re sitting at a circular table in the cafeteria, but one day they’ll be the Justice Society of America and to see them at the very beginning of their journey when they can make mistakes like Courtney can and they can, their path can be unsure and their ultimate destiny isn’t laid out yet.”

You can check out the synopsis for “The Justice Society” below.