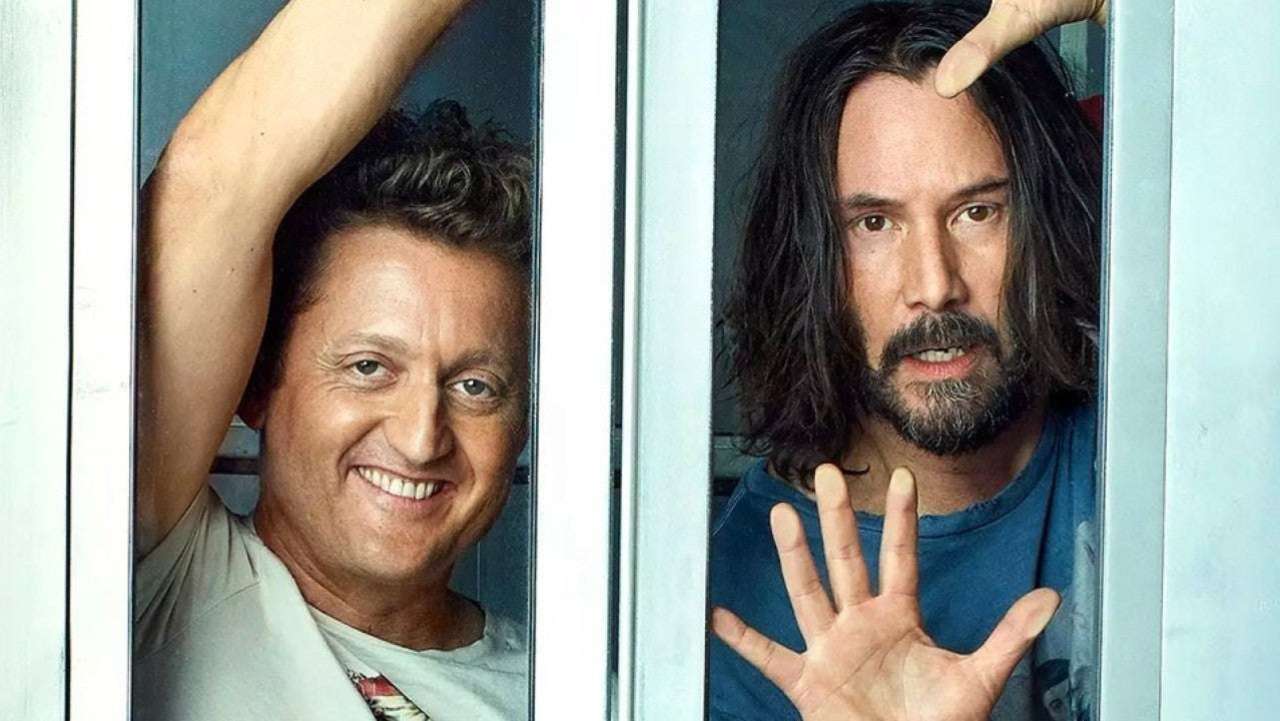 The spread of the coronavirus around the world has had a major impact on the summer movie season, leaving audiences to wonder about the fates of a number of highly anticipated projects, with Bill & Ted Face the Music star Alex Winter confirming that a teaser and a trailer for the film are ready to go and that news about its release would be unveiled imminently. The film currently has a release date of August 21st, but with there being no solid plans for when movie theaters will open and be at full capacity, some fans are wondering if the film will be delayed or possibly skip a theatrical release entirely and go straight to VOD services.

“Everything is great in [Bill & Ted Face the Music] land,” Winter replied to a fan on Twitter in regards to rumors of the film skipping a theatrical release. “The cut is almost done and looks fantastic. Teasers and trailers are ready to go. Like every movie slated for this summer we had to stop and reorganize due to Covid. Teaser coming in a few weeks, news on release soon!”

Sadly, while this news shows that Winter is confident in the project and proud of it, he avoided directly addressing if the film’s release strategy will change, while also hinting that there will be news in regards to its release.

Hey, thanks for asking. Everything is great in BT3 land. The cut is almost done and looks fantastic. Teasers and trailers are ready to go. Like every movie slated for this summer we had to stop and reorganize due to Covid. Teaser coming in a few weeks, news on release soon! https://t.co/UC09WbzpAJ

In the new film, “The stakes are higher than ever for the time-traveling exploits of William ‘Bill’ S. Preston Esq. and Theodore ‘Ted’ Logan. Yet to fulfill their rock and roll destiny, the now middle-aged best friends set out on a new adventure when a visitor from the future warns them that only their song can save life as we know it. Along the way, they will be helped by their daughters, a new batch of historical figures, and a few music legends – to seek the song that will set their world right and bring harmony in the universe.”

Major event films like Mulan and Christopher Nolan’s Tenet are currently slated to land in theaters in July, but with the new Bill & Ted being smaller in scale, it’s possible that the studio could opt to reach a wider audience by debuting the film on VOD platforms.

Stay tuned for details on Bill & Ted Face the Music.

Do you think the film will still debut in theaters? Let us know in the comments below!

Disney+ to Release Frozen 2 Early in UK and Ireland
Evangelion: 3.0+1.0 Thrice Upon a Time Releases Second Teaser Trailer!
Shazam’s Zachary Levi Says He Wants a Footrace With The Flash’s Grant Gustin
Thor: Ragnarok Concept Art Shows a Bald God of Thunder
Bookies Share Their Odds for Where HENRY CAVILL Could Return as SUPERMAN