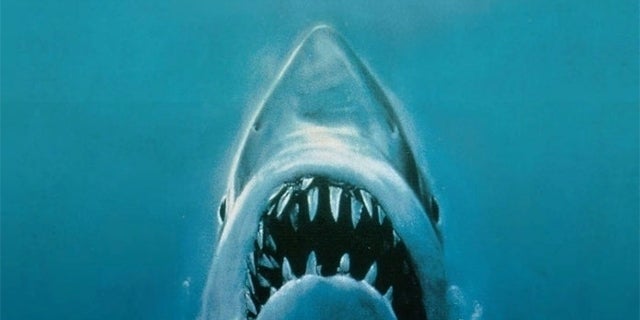 One of the marks that a home media format is here to stay is when Steven Spielberg‘s 1975 classic thriller Jaws is released. The film wasn’t released on DVD until three years after the format started and didn’t arrive on blu-ray until six years after it started to hit shelves, and now it’s on its way to the “ultra HD” release on 4K. Universal Entertainment tweeted (and quickly deleted) the announcement of the film’s 45th anniversary release, which revealed the new set will include a 4K disc, blu-ray, and digital copy, plus lenticular packaging and a 44-page collectible booklet. The Jaws 4K release is scheduled to arrive in stores on June 2nd, with Best Buy confirming the news with an exclusive steel book. Check out Universal’s announcement graphic below!

Unlike some of Steven Spielberg’s movies, Jaws is one of the only ones that is mostly immune to a brand new reboot or modern-day sequel. While Jurassic Park continues to have new films and stories told in its world, plus a fifth Indiana Jones movie without Spielberg as the director still in the works, the waters on Amity Island won’t have any chum thrown in them for the sake of making money at the box office.

“I would never remake one of my own movies — starting with Jaws,” Spielberg previously told Deadline about the prospect of remaking the film. “But there are Amblin titles in the library that could inspire new stories that were made popular by the films. There isn’t a single title that I’ve earmarked, but yes, I would like to. I will be discussing that with Jeff (Skoll) and Ronnie (Meyer) and Donna (Langley).”

The Academy Award winner went on to reiterate his position, saying loud and clear: “I would never remake Jaws.”

The history and making of Spielberg’s classic movie will be one of the focal points of the upcoming Academy Museum of Motion Pictures as a restored version of the film’s animatronic Great White shark will be on display in the new museum. The shark was restored from its decayed state, with the restoration efforts led by co-owner of KNB EFX Greg Nicotero.

The prop’s regular malfunctions led to the film running over budget and over schedule, while also preventing Spielberg from utilizing footage of the shark, as so little was ultimately usable. Interestingly, it was the film’s refusal to show audiences the beast that created such a frightening adventure, forcing our minds to conjure up images of the creature.