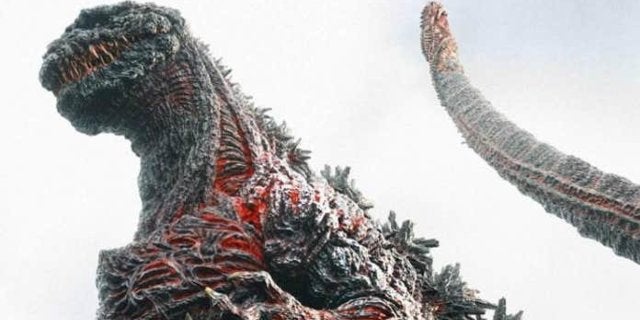 Toho Pictures’ Godzilla franchise reboot Shin Godzilla was a huge hit in Japan when it debuted in 2016, and kaiju fans in the U.S were lucky enough to get a Funimation Films theatrical release the same year followed by a Blu-ray release in 2017. Flash forward to 2020, and you can add the film to your collection for only $5 – a whopping 67% discount.

Even if you only have a passing interest in kaiju films, Shin Godzilla is a must-have at this price. At the time of writing, you can grab the deal here at Amazon and here at Walmart – but it probably won’t last long (you can also stream it on Funimation). If you are a hardcore Godzilla fan, you might want to check out the recently unveiled Gamera and Showa Era Godzilla Blu-ray box sets as well.

“In Shin Godzilla, it’s a peaceful day in Japan when a strange fountain of water erupts in the bay, causing panic to spread among government officials. At first, they suspect only volcanic activity, but one young executive dares to wonder if it may be something different… something alive. His worst nightmare comes to life when a massive, gilled monster emerges from the deep and begins tearing through the city, leaving nothing but destruction in its wake. As the government scrambles to save the citizens, a rag-tag team of volunteers cuts through a web of red tape to uncover the monster’s weakness and its mysterious ties to a foreign superpower. But time is not on their side—the greatest catastrophe to ever befall the world is about to evolve right before their very eyes.”

On a related note, USAopoly and Toho International have launched a Godzilla edition of Monopoly that includes tokens of kaiju classics Godzilla, Mothra, King Ghidorah, Minilla, Mechagodzilla, and Rodan. According to the official description, you can “begin the invasion by buying, selling and trading locations like Monster Island, Goro’s Workshop, and Kitakami Lake and take over the board with Facilities and Bases”.

Pre-orders for Monopoly: Godzilla are live here at Entertainment Earth for the standard $39.99 list price with shipping slated for May.

Note: If you purchase one of the awesome, independently chosen products featured here, we may earn a small commission from the retailer. Thank you for your support.