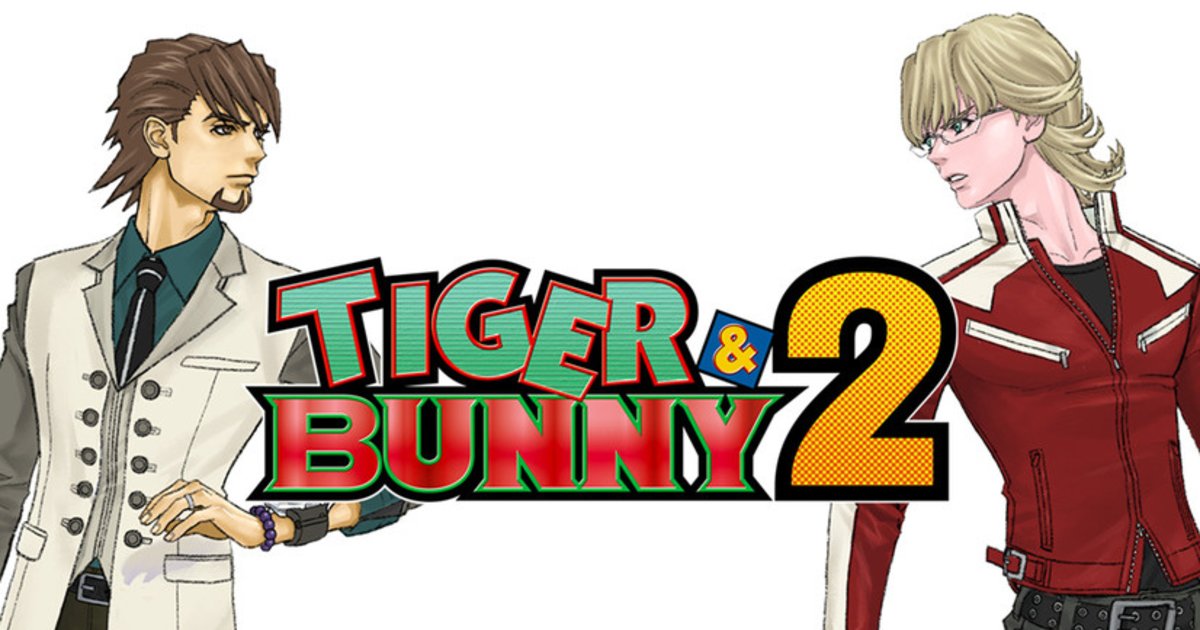 Along with the announcement, a visual featuring lead characters Kotetsu T. Kaburagi and Barnaby Brooks, Jr. was released.

Nishida Masafumi will return to write the script, with Katsura Masakazu to provide character and hero design again. Kase Mitsuko will take over as director.

Tiger & Bunny is an original anime by Sunset, set in a world where superheroes are reality TV stars who operate live on air with the support of sponsors. When veteran hero Tiger is teamed with the dashing Bunny, the two become rivals until a super-powered terrorist eventually forces them to combine forces.