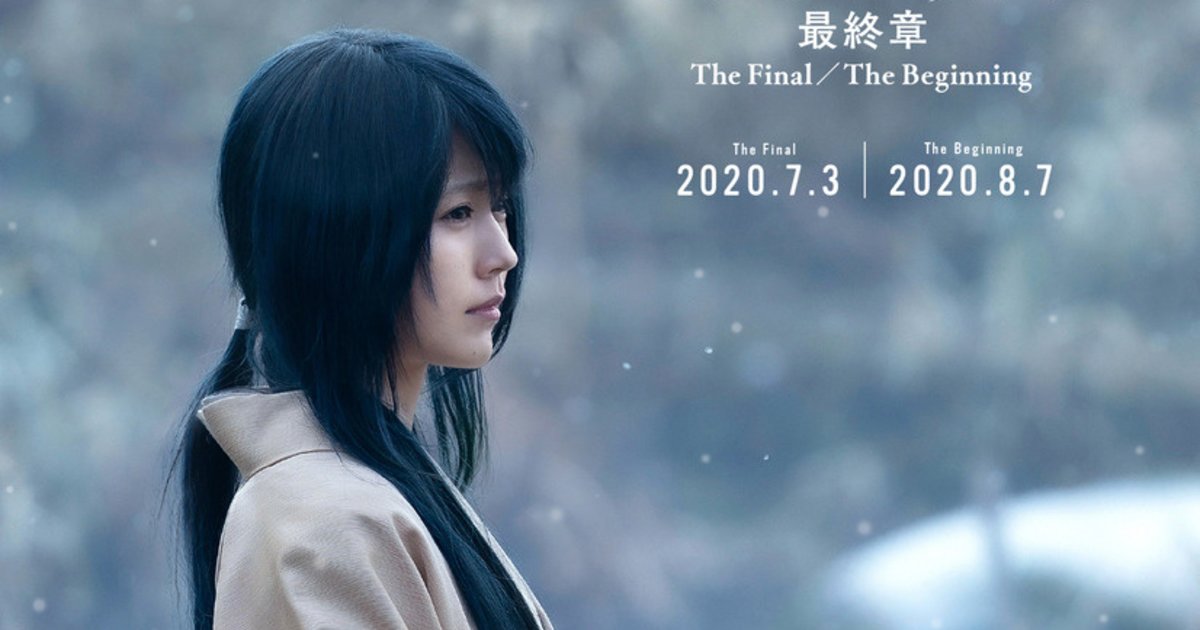 Tomoe was married to Kenshin while he was still a heartless killer, and eventually died by his sword. On accepting the role, Arimura commented on the sense of pressure she felt knowing how important the franchise is to its fans, but also how happy to be involved with something loved by so many people.

Billed as the “final chapter”, the movie will be released in two parts: The Final, to be released on Jul. 3, and The Beginning, following on Aug. 7. The former will adapt the Jinchu arc from the original manga, in which Kenshin faces off against Enishi, while the latter will reveal how he was marked by his famous scar.

Rurouni Kenshin: The Final opens at cinemas across Japan on Jul. 3, with The Beginning following on Aug. 7.