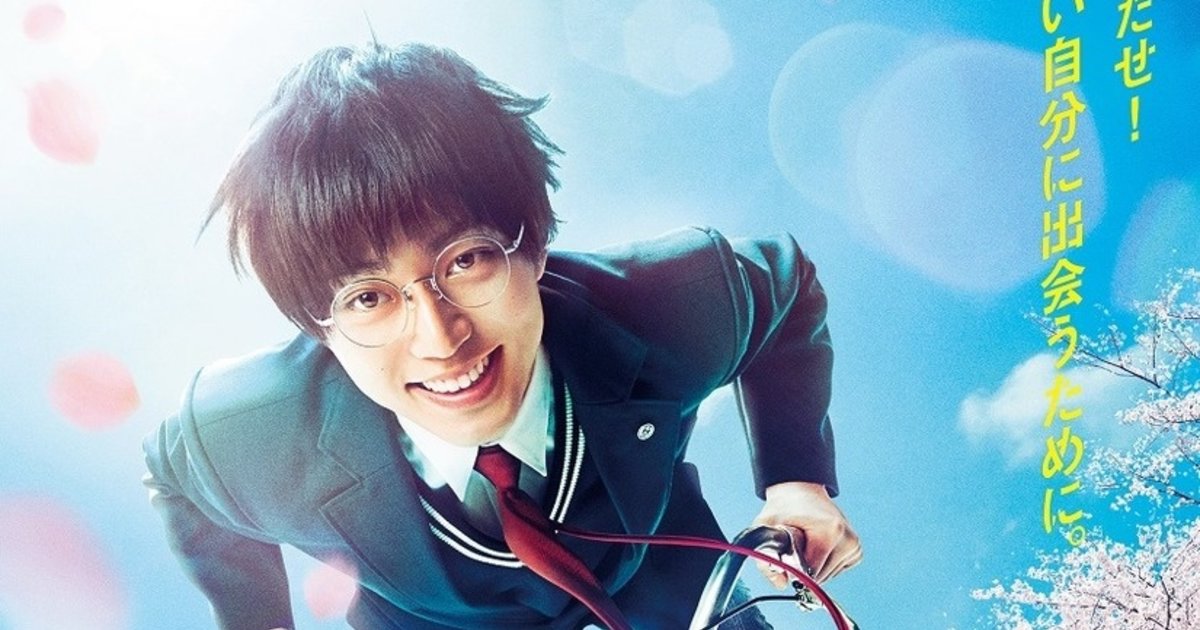 Narrated by Nagase as protagonist Onoda Sakamichi, the trailer introduces the beginning of his cycling journey, as well as rival cyclist Imaizumi Shusuke (played by Itou Kentarou) and cycling club manager Kanzaki Miki (played by Hashimoto Kanna). It also features the voice of Yamashita Daiki, who played Sakamichi in the TV anime adaptation, reading out the movie’s title.

The movie will follow Sakamichi, an otaku who joins his school’s bicycle racing club to make more friends.

The Yowamushi Pedal live action movie opens in cinemas across Japan on Aug. 14.