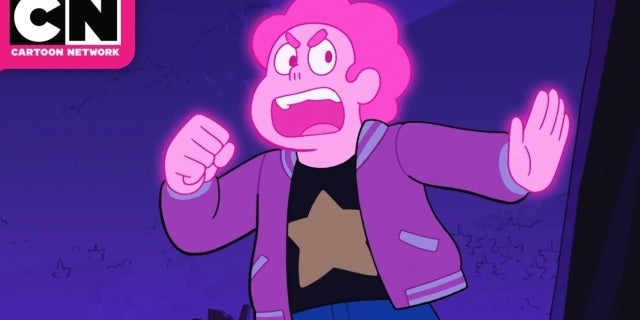 Well, it’s come to this. The finale of Steven Universe Future has officially been announced alongside a new trailer, exactly how many episodes are left, and a quote about the series from creator Rebecca Sugar. Fans won’t have to wait too long to find out how everything wraps up, however, as the four-part series finale is set for March 27th.

The show, which picks up after the events of last year’s Steven Universe: The Movie, is set to return for 10 episodes total beginning on Friday, March 6th at 7PM ET. New episodes will then air every Friday, concluding with the aforementioned four-part series finale on March 27th at 7PM ET. Given that schedule, it means two episodes will air each week until the finale.

You can check out the new trailer for Steven Universe Future, which could arguably include spoilers, below:

“I’m so excited for the final episodes of Steven Universe Future to be out in the world, and so grateful to our audience for supporting our show for all these years,” Steven Universe creator Rebecca Sugar said as part of the announcement. “It has been an eye-opening experience to meet the community that has come together around the show: I have been so moved, and I have felt so seen. I have always been a firm believer in the power of cartoons, and these days it’s undeniable: the friendships forged over this show, the artists inspired to draw, the families that watched together and saw each other in these characters, fill me with awe and renew my love of animation every day. Though our epilogue series is coming to a close, please trust that like us, these characters will always be growing, changing, and supporting each other. From the bottom of my heart, thank you so much for watching our show.”

Here’s how Cartoon Network describes the upcoming conclusion of the franchise:

“Steven Universe Future concludes as Steven is beginning to question his purpose as he runs out of Gems to help. Who is he if he’s not saving the world? And what is this strange new power that’s making him glow pink? Without other peoples’ problems to solve, he’ll have to finally face his own.”

Westworld Fans Discover Tragic Spoiler for Dolores Hiding in the Season 3 Poster
Comiket Cancels Summer Event Due to COVID-19
Get Shin Godzilla on Blu-ray for Only $5
My Hero Academia Gets Season 5!
Stuck At Home? Have Your Next Video Meeting in the MCU’s WAKANDA, ASGARD, and More