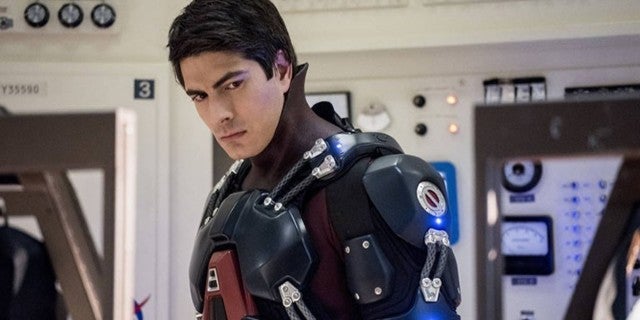 Brandon Routh is leaving The CW’s Legends of Tomorrow and some fans are still processing. The star had to clarify that this wasn’t his decision to make on Instagram this week. u/jake3h7m on Reddit captured the interaction between The Atom actor and a fan. The decision to move away from Routh would echo throughout Crisis on Infinite Earths. In the giant crossover, the former Superman would don the cape again as the version of the hero from Kingdom Come. But, still, breaking that news was hard. Legends executive producers Phil Klemmer, Grianne Godfree, and Keto Shimizu told Deadline about the sad news over the summer. A lot of fans were absolutely crushed that the longtime staple would be exiting the Waverider.

“Brandon and Courtney have been invaluable members of the Legends family,” series executive producers Phil Klemmer, Grianne Godfree and Keto Shimizu said in a statement to Deadline. “They have always brought a level passion and collaboration to their characters and to the show — both on and off the screen – that we deeply admire and for which we are eternally grateful.”

Near the tail-end of last year, Routh issued a statement to Deadline about his time with the Legends coming to a close. The actor was sad to see his on-screen story come to a close, but was still very much rooting for the remaining cast.

CONFIRMED: Brandon didn’t make the decision to leave Legends, it was the writers/show runners from r/LegendsOfTomorrow

“I’m so grateful to have had the opportunity to bring the big-hearted and humorous Ray Palmer to life for our fans over the last 5 years, but unfortunately, his storyline is pointed in another direction,” Routh told the outlet. “I’m saddened to see Ray’s journey end for now but wish my Legends family well.”

Coming out of Crisis on Infinite Earths, it should be clear that you should never say never when it comes to The CW’s Arrowverse shows. Legends executive producers Klemmer, Godfree, and Shimizu confirmed that the possibility for Ray and Nora to return in the future is absolutely still a valid possibility.

“Of course, when we have had main characters in the past whose journeys take them away from the Waverider, it’s never truly goodbye,” Klemmer, Godfree and Shimizu remembered. “We love these characters and hope to check in with them in future seasons, to see how life off the ship has transformed them for better or worse.”

Legends of Tomorrow airs Tuesdays on The CW.