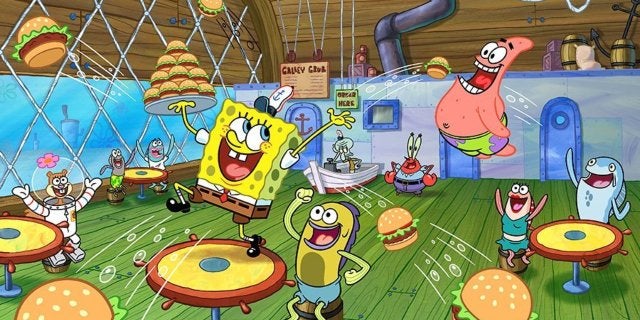 “When our younger characters first meet in Kamp Koral: SpongeBob’s Under Years, there is an instant chemistry among them that could only be conveyed by the incredible talents who have lived and breathed them every day for the last two decades,” Ramsey Naito, Executive Vice President, Animation Production and Development, Nickelodeon said in a statement. “We are so excited to have the original SpongeBob cast join our new series, which is incredibly inventive and funny, and visually stunning in CG.”

New additions to the Kamp Koral: SpongeBob’s Under Years cast include Carlos Alazraqui (Rocko’s Modern Life) and Kate Higgins (Blaze and the Monster Machines) as new characters Nobby and Narlene, narwhal siblings who live in the woods surrounding the camp.

In the new series, SpongeBob and his pals spend the summer building underwater campfires, catching wild jellyfish, and swimming in Lake Yuckymuck at the craziest camp in the kelp forest, Kamp Koral. The series will be co-executive produced by Marc Ceccarelli and Vincent Waller.

Kamp Koral isn’t the only SpongeBob fun that fans can look forward to this year as the CG animated movie The SpongeBob Movie: Sponge on the Run will be released this May. In addition to the usual suspects on the cast, the film will feature Kelly Marie Tran, Awkwafina, and Reggie Watts in undisclosed roles, with Keanu Reeves cast as a talking tumbleweed. Long-time SpongeBob writer Tom Hill directs the new film and Hans Zimmer will provide the score.

In addition, Netflix and Viacom have entered a pact in which both old and new Nickelodeon properties would soon find a home on a streaming service with a SpongeBob spinoff starring Squidward Tentacles in development.

Will you be watching Kamp Koral: SpongeBob’s Under Years when it premieres? Sound off in the comments below and let us know!