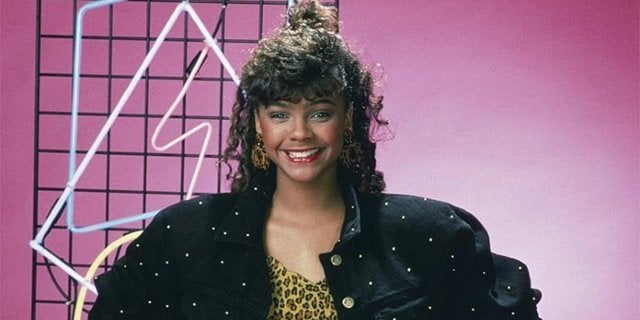 Work on the Saved by the Bell reboot for NBC Universal’s upcoming Peacock streaming service is well underway, but while the series will see much of the beloved series’ original cast bring a healthy dose of ’90s nostalgia by reprising their original roles, there are a few faces missing from the cast of the revival. Among those not returning to bring Saved by the Bell to a new generation is Lark Voorhies. Voorhies, who played Lisa Turtle in the series, is not returning for the reboot and it’s something that she’s opening up about in a recent Dr. Oz appearance, admitting that she felt hurt at being excluded.

In a clip from the episode (via TV Web) Voorhies admitted that she felt slighted at not being invited to be part of not just the revival, but other events as well. However, she expressed gratitude for having been part of the original series and even touched on her own mental health struggles.

“I have to admit I did feel a bit slighted and hurt when I was not invited to be part of the Saved by the Bell reunion, as well as other cast members’ events,” Voorhies said. “Yet, of course, I also realized that having this puzzling disorder may have played a major part in that factual decision. With that in mind, I am truly thankful for having had the chance to work on a show that has been so successful.”

Voorhies has largely been out of the public eye since her time on Saved by the Bell. In 2012, her mother told People that the actress had been diagnosed with bipolar order, a claim that Voorhies denied at the time, claiming that what people perceived as odd behavior in an interview to be spiritual moments.

Announced last year, the Saved by the Bell revival will see Zack Morris (Mark-Paul Gosselaar) now serving as the Governor of California. After getting into hot water for closing too many low-income schools, Morris introduces a proposal that sends the students from those shuttered schools to the state’s highest-performing schools — including Bayside High. These new students will give the privileged kids at Bayside a little bit of the reality they’ve been missing.

In addition to Gosselaar, Elizabeth Berkley and Mario Lopez will also star, joined by John Michael Higgins as Bayside’s Principal Toddman, and Josie Totah, Haskiri Velazquez, Mitchell Hoog, Alycia Pascual-Pena, and Belmont Cameli as a new generation of kids. Great News creator Tracey Wigfield will serve as showrunner and executive producer of the Saved by the Bell reboot, following her new overall deal with NBCUniversal. She will be joined by original series creator Peter Engel and Franco Bario (Great News). Lopez and Berkley are also set to produce.