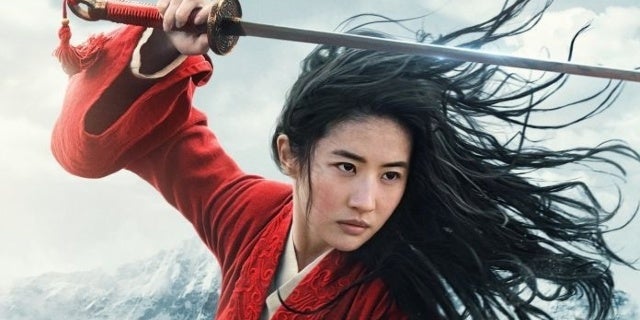 The MPAA’s handed down the rating for one reason and one reason: sequences of violence throughout the movie. Anything from the House of Mouse from Cinderella to The Jungle Book, The Lion King, and Aladdin have all received PG ratings. Beauty and the Beast is the lone exception, received a PG-13 rating due to “some fantasy violence, sensuality, and partial nudity.”

In addition to the “heavier” rating, Disney is also combating concerns of box office performance in China after the latest Coronavirus outbreak. The latest reports suggest the Chinese release of Mulan is still on as planned, considering it’s a co-production between the United States and China.

Disney’s live-action MULAN gets a PG-13: for sequences of violence.

Disney’s official synopsis for the movie can be found below.

“Acclaimed filmmaker Niki Caro brings the epic tale of China’s legendary warrior to life in Disney’s Mulan, in which a fearless young woman risks everything out of love for her family and her country to become one of the greatest warriors China has ever known. When the Emperor of China issues a decree that one man per family must serve in the Imperial Army to defend the country from Northern invaders, Hua Mulan, the eldest daughter of an honored warrior, steps in to take the place of her ailing father. Masquerading as a man, Hua Jun, she is tested every step of the way and must harness her inner-strength and embrace her true potential. It is an epic journey that will transform her into an honored warrior and earn her the respect of a grateful nation…and a proud father.”