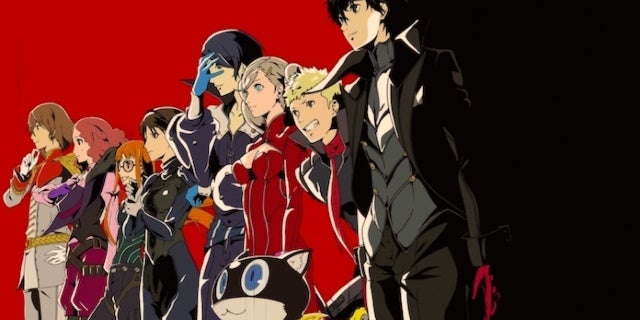 When Persona 5 Royal hits PS4 next month, it will do so with some changes to the RPG. More specifically, Atlus and Sega have confirmed that some of Persona 5’s original scenes that were viewed as homophobic and offensive to some, have been tweaked ahead of the western release of Persona 5 Royal in order to not cause any further offense. Word of the change comes way of Atlus Communications Manager Ari Advincula, who explained as much during a recent preview event for the game.

According to the communications mangers, the scenes involving Ryuji and two effeminate male characters have been changed in order to not portray these characters in a “negative light.” This includes the scene where you meet the characters, and the beach scene later on in the game involving the pair.

“We actually were able to go through some of the lines that players may not have received as well, look at that feedback, and then [update it] for the current generation,” said Advincula while speaking to IGN.

For those that don’t know: some fans criticized Persona 5 and Atlus for the aforementioned scenes in the former, saying that they were stereotypical to an offensive degree. If you played the game, not only will you know the characters were very sexually aggressive, but towards a minor. Adding to this is the fact that the game’s protagonist is pretty insensitive to the characters himself.

At the moment of publishing, it’s unclear how these scenes have been tweaked, but Advincula noted that her and her team are viewing the opportunity as a “chance to make it right.”

Persona 5 Royal is due on March 31. Below, you can read more about the game: Wear the mask.

“Reveal your truth. Prepare for an all-new RPG experience in Persona 5 Royal based in the universe of the award-winning series, Persona! Don the mask of Joker and join the Phantom Thieves of Hearts. Break free from the chains of modern society and stage grand heists to infiltrate the minds of the corrupt and make them change their ways! Persona 5 Royal is packed with new characters, story depth, new locations to explore, and a new grappling hook mechanic for access to new areas. With a new semester at Shujin Academy, get ready to strengthen your abilities in the metaverse and in your daily life. Persona 5 Royal presents a unique visual style and award nominated composer Shoji Meguro returns with an all-new soundtrack. Explore Tokyo, unlock new Personas, customize your own personal Thieves Den, discover a never-before-seen story arc, cutscenes, alternate endings, and more!”

Did you know ComicBook.com has a Pokemon podcast? That’s right folks, A Wild Podcast Has Appeared is available every Thursday bringing you the best breakdowns of the week’s biggest news from Jim Viscardi, Megan Peters & Christian Hoffer. Catch the newest episode right here or subscribe on iTunes today!

Katy Keene: Things Get Tense in New Wishin’ and a Hopin’ Photos
Inside SPIKE TROTMAN’s Growth of IRON CIRCUS Into a Multimedia Company
To Your Eternity Releases First TV Anime Trailer!
Quibi Gets Accused of Stealing Memory Hole Show Idea From VHS Arts Collective
5 Things We Want To See In A Power Rangers Sequel