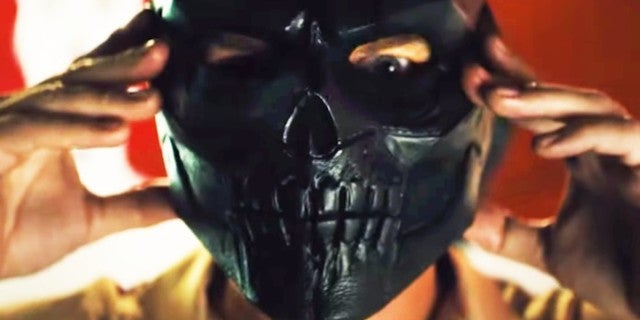 Harley Quinn: Birds of Prey is battling it out in the box office with this week’s releases. Now, one of the concept artists behind the film showed off some of the alternate looks for Black Mask’s most defining accessory. Now, that look might not be the first way that fans see Ewan McGregor’s character in the film. But, comic fans know that the villainous alter ego is on the way at some point. The other versions of the mask are subtle changes. Some changes in the finish here, and some shaping and line work over here. Kyle Brown should be very proud of his work on the villain.

Brown began on Instagram, “Thank you all for the love on the previous round of designs. Here are few more! I really enjoyed Ewan McGregor’s portrayal of Black Mask!”

“I had a great opportunity to work up designs for the final look of Black Mask for the new Birds of Prey film from DC,” he continued. “The goal was to tow the line between the source material and “high fashion “ that was an influence in the whole film. This is just part 1. I did a ton of designs on this and I’ll be dropping more soon! Sound off- who checked out Birds of Prey and the fantabulous emancipation of one Harley Quinn?”

In the star’s own words, playing Black Mask was difficult in points. It is much more complicated than just an absolutely irredeemable person.

“The big mistake would be to play the villain,” McGregor explained. “I don’t think you approach something to play the bad guy. You play somebody who’s made up of all different things and has different reasons for being the way he is. And I thought that’s what we both did because like, there was an awful lot going on between the two of us. A lot of that wasn’t about being like… there were power struggles and romantic struggles, trust and relying on somebody and resenting relying on somebody, wanting somebody because you don’t want to be on your own but at the same time not wanting somebody to be to close. There’s so many things going on in our relationship and our dynamic that it sort of, the last thing that I was thinking about was playing the bad guy. “