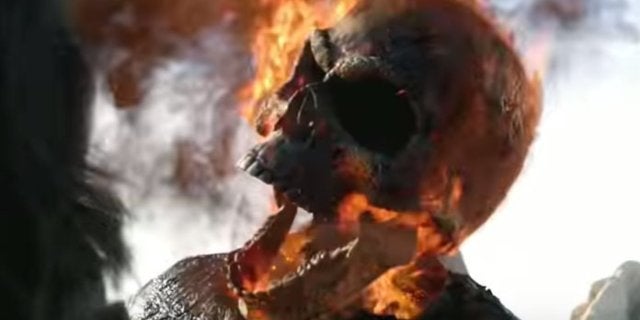 Today is February 17th, and you know what that means. It’s that one magical day of the year that people all over the world unite to celebrate Ghost Rider – Spirit of Vengeance starring Nicholas Cage as Johnny Blaze. Indeed, the poorly received but surprisingly profitable Ghost Rider sequel exploded into theaters on this day back in 2012 – and nothing was ever quite the same again.

If you’re unfamiliar, the second Ghost Rider film finds Johnny in hiding as he struggles with his role as the devil’s bounty hunter. Eventually, he’s recruited by a group of rebel monks (Idris Elba is in this movie by the way) who need his help to protect a boy from the clutches of Satan himself. If he succeeds, he might be able to lift his own curse.

Seriously though, if you were looking for something to do after work tonight, this is it. So bust out that Nicholas Cage magic sequin pillow you bought on Amazon and get comfortable because you can rent or buy Ghost Rider – Spirit of Vengeance in the following locations:

If you need to catch up with the 2007 Ghost Rider film, you can do that in the locations below. The Fandango Now 2-film deal is definitely the one to go with if you’re interested in a rental.

Note: If you purchase one of the awesome, independently chosen products featured here, we may earn a small commission from the retailer. Thank you for your support.