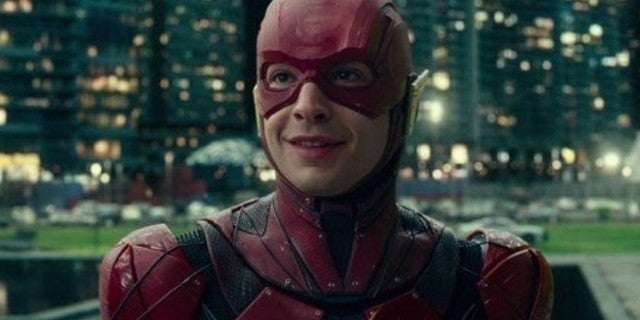 Justice League is a topic that some comic book fans are always going to be ready to hear more about. Zack Snyder answered a question online about the plot of the film and his original plans for the follow-up online. The story goes that Snyder wanted Barry Allen to travel back in time to save the team. After Cyborg can’t stop Unity, the speedster gives him another shot. He uses the speed force to send the tech hero into the heart of the Mother Boxes from the finale to stop it from the inside. This would have landed a lot differently with fans in theaters than the version released did. Some are still holding out hope that the fabled Snyder Cut will see a release if HBO Max’s Instagram is any indication.

When asked about how it would all go down years ago, here’s how Snyder reacted. “That’s a good question,” Snyder began, prompting the audience to laugh. Snyder addressed the “vocal minority” that didn’t like Batman v Superman, and the effect it had on Justice League from studio interference.

“The original Justice League that Chris [Terrio] and I wrote, we didn’t even shoot… The actual idea, the hard, hard idea, the scary idea, we never filmed because the studio was like ‘That’s crazy,'” he continued, adding that he and his collaborators were insecure because of the reaction to Batman v Superman.

“It’s a long story,” Snyder added. “The truth is that, the Knightmare sequence in this movie was always my idea that all of that would eventually be explained … and that we would end up in the distance future, where Darkseid has taken over Earth and where Superman has succumbed to the Anti-Life [Equation] … There was a few members of the Justice League that had survived in that world, that they were fighting. Batman broke a pact with Cyborg because something happened… They were working on an equation to jump Flash back to tell Bruce…”

In addition, the director would also mention the scrapped post-credits scene that would set the stage for Darkseid’s real plan.

“The Justice League teaser that wasn’t in the movie, apparently, I guess, where Wonder Woman says, it’s this line where Bruce says ‘I was right here when Barry Allen came to me and he said Lois Lane is the key,’ and she says ‘She is, to Superman. Every heart has one.’ And he goes, ‘I think it’s something more, something darker.'” If Lois dies, Superman would lose himself to the Anti-Life Equation. There’s your Batman v. Superman tie in! Maybe one day, we’ll get to see all of this on film.