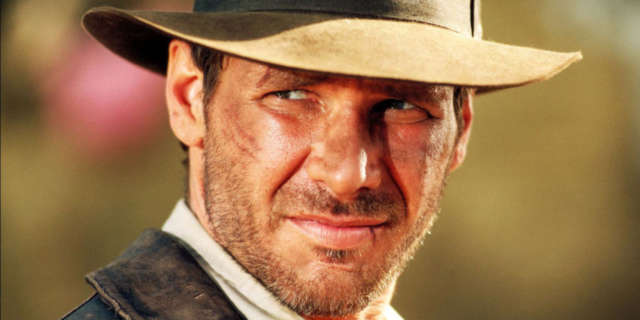 A day after an interview with Harrison Ford made its way online where the actor said that he was preparing to “start doing Indiana Jones in about two months,” yet another interview has arrived where Ford has an update. Speaking with Ellen DeGeneres on her show, the actor was once again asked about the new film, where he jokingly said he can “deny that it’s not happening.” The actor went on to say that they were going to start soon, adding both “This summer” and “This LATE summer,” which pushes the timetable on when the actor previously said production would begin.

The actor’s initial comments with CBS News made it seem like filming on the new movie was going to start around April, something corroborated by earlier reports on the film; but perhaps what Ford was referring to was beginning his training for the new Indiana Jones movie.

Ford not using specific dates or months in the Ellen interview is curious because specifying a “late summer” start seems to imply a July or August beginning for the film. It remains to be seen which of these dates will be accurate as of this writing, but frankly it will be very soon. Check back here as we learn more details on Indiana Jones 5.

Oops, Harrison Ford may have just given us #IndianaJones news. pic.twitter.com/YnqwooJTdH

Screenwriter David Koepp is penning the script for the film. No details about the story of the new Indiana Jones movie are known at this point nor is the title, which would certainly clue us in to what Indy is chasing. Steven Spielberg will step into the director’s chair once again, have previously directed all of the films in the series including Raiders of the Lost Ark, Temple of Doom, The Last Crusade, and Kingdom of the Crystal Skull. It’s been previously revealed that Jones’ son Mutt Williams, played by Shia LaBeouf in Kingdom of the Crystal Skull, will not be returning for the new film.

Indiana Jones 5 was originally scheduled for release in May 2020. It has since been pushed back on Disney’s schedule until July 10, 2021, a release date which lines up with a “late summer” start for production. Cameras will reportedly roll on the film in London.

To date, the entire Indiana Jones franchise has grossed nearly $2 billion worldwide, $939 million of which came domestically. Not adjusted for inflation, Indiana Jones and the Kingdom of the Crystal Skull is the best performing film of the bunch, grossing $786.6m worldwide.