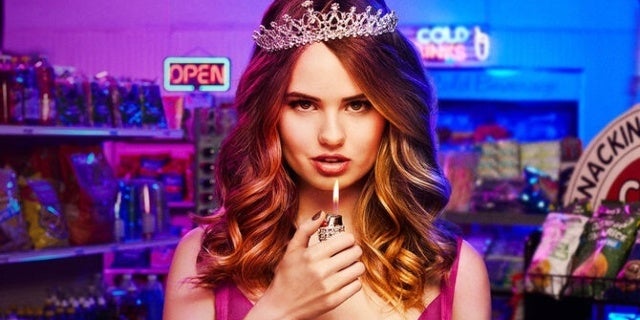 Netlfix has canceled its dark revenge comedy Insatiable after two seasons. The show starred Debby Ryan, Dallas Roberts and Alyssa Milano, and followed a “disgraced, dissatisfied civil lawyer-turned-beauty pageant coach, who takes on a vengeful, bullied teenager as his client and has no idea what he’s about to unleash upon the world.” The show was created by Lauren Gusssis (Dexter), and was based on the 2014 New York Times article “The Pageant King of Alabama”. The series seemed to pull in strong viewership, as well as its fair share of controversy over issues like body-shaming, and the general world of pageantry.

Indeed, the subject matter made Insatiable a hard sell in a lot of viewer circles, with the series getting slammed with a 13% aggregate rating on Rotten Tomatoes and 25% on Metacritic. The discussion of the show’s approach to making fun of beauty and body weight (not to mention race, sexuality, rape, religion, and pedophilla), dogged it pretty much through its run, despite creators and stars going out to defend it.

You can check out the full synopsis for Insatiable below, in case you want to give it a stream:

“Patty Bladell is a teenager who was constantly bullied in school for being overweight. After being on a liquid diet for three months over summer vacation because of a freak accident, she is now thin and seeks revenge on her bullies. A disgraced civil lawyer and obsessed beauty pageant coach, Bob Armstrong, notices Patty’s potential and sets out to turn her into a pageant queen.”