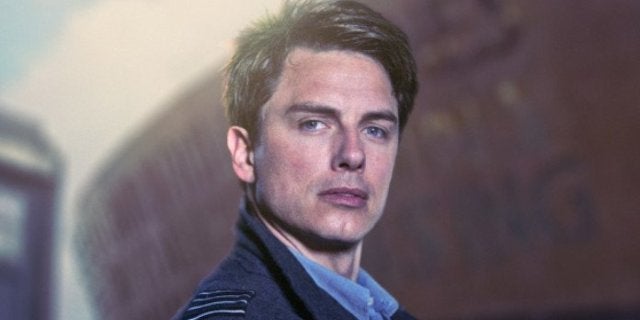 A fan-favorite Doctor Who character just made a shocking return to the series. John Barrowman reprised his role as Captain Jack Harkness to lend Jodie Whittaker’s Thirteenth Doctor a hand in the Season 12 episode “Fugitive of the Judoon.” Captain Jack makes an unexpected appearance when he mistakenly kidnaps the Doctor’s current group of companions while trying to get a message to the Doctor. This marks the first time that Captain Jack has appeared in Doctor Who since the show’s fourth season finale “Journey’s End,” though he continued to play the character in the spinoff series Torchwood and in various Doctor Who universe audio dramas.

RadioTimes caught up with Barrowman to ask him how it feels to be back on Doctor Who. “It feels absolutely amazing,” Barrowman says. “I’ve always been holding the torch to eventually bring Jack back, because I know the love that the fanbase and the Whovians around the world have for him.

“Without giving too much of the story away, it’s the same Jack you know. He’s flirtatious, he’s sassy, he’s also determined. So Hallelujah – Jack is back!”

Barrowman’s appearance in “Fugitive of the Judoon” isn’t much more than a cameo and he remains guarded about whether it’s the last fans will see of him in the near future. “Who knows what the decisions were and why they were made?” he says. “But I’m glad they were made, and if I can say so personally – it’s about time.”

Jack’s return may have been foreshadowed by a recent conversation Barrowman had with former Doctor Who showrunner Russell T. Davies about a possible movie. “I can’t remember what ceremony it was but I was speaking to [Davies] – he’d picked up an award for A Very English Scandal – and we said: ‘Wouldn’t it be great if we could do a Torchwood or Doctor Who movie with Jack, David, and Billie?'” Barrowman recalled in a previous interview.

Doctor Who’s current showrunner, Chris Chibnall, ran Torchwood before its ending. It’s little surprise that he might look for an opportunity to bring back Jack. Fans will have to wait and see what further plans Chibnall may or may not have Barrowman’s beloved character.

Doctor Who airs Sundays at 8 p.m. ET on BBC America.