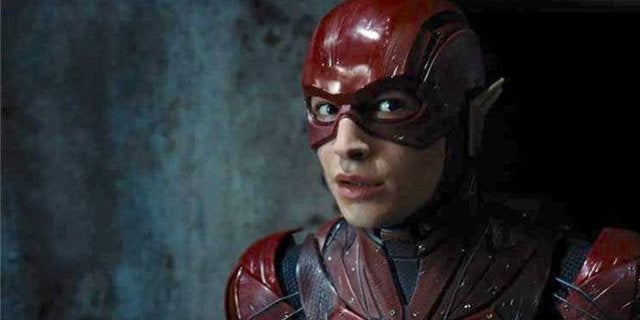 The road to release for Ezra Miller‘s solo Flash movie has certainly been a long and tumultuous one. After Miller’s take on the character appeared in Batman v Superman: Dawn of Justice and 2017’s Justice League, Flash was on pace to be one of the next DC heroes with his own feature film. However, several directors and writers and come and gone from the project in the years since, worrying fans that bringing Flash to life might prove too difficult a task. Things seem to finally be on the right track, though, and the current creative team is ready to get Flash up and running.

IT director Andy Muschietti was hired on to helm The Flash, with Bumblebee and Birds of Prey writer Christina Hodson penning the script. This week, at an event promoting Birds of Prey, ComicBook.com’s Brandon Davis was on hand to speak with Hodson about The Flash and why now is the right time for her to take on the project.

“Honestly, there’s so little I’m allowed to say about Flash,” Hodson said. “I will tell you that for me, the reasons to do it now is because I love it. I’m having a blast working on it. And that is about all I’m allowed to say.”

Although Hodson does have to keep everything regarding The Flash on the down low, she had no trouble voicing her praise for the collaboration she’s experienced with DC and Warner Bros. over the past few years. Before landing the job writing the upcoming Flash movie, Hodson was hired to write a Batgirl screenplay in addition to Birds of Prey, establishing herself as a bit of a DC veteran by now. What you may not know, however, is that her work with DC actually began more than four years ago, when she connected with Margot Robbie and started putting Birds of Prey together.

“Well actually this [Birds of Prey] was the first one,” the writer explained. “So I started walking on this with Margot, four and a half years ago, and it was this was how I got to know the folks at DC. Um, so yeah, this began with this one, but honestly, I have too many good things to say about the guys at DC obviously, like, I’ve worked with them a lot. They’re so great and really supportive of the talent that they work with. They let us play they let us find fun things. They let us fall in love with characters and then use them. I will walk with them forever fell on me.”

While DC isn’t going out of its way to connect every single one of its movies in a Marvel-esque universe, characters like Harley Quinn are appearing in multiple different movies, so there does have to be some continuity to it all. Of course, that has lead to a lot of collaboration between the various writers working on DC projects.

“Honestly, a lot of it is DC itself is kind of the one the ones kind of overseeing it,” added Hodson. “Obviously, there’s been a change in leadership there. Walter Hamada, really knows what he’s doing. He’s so good at his job. And he has a real love for these characters and for this material, so it’s looking to him more than anything. And obviously, like with a lot of us, we’ve gotten to know each other, especially the writers, we all have friends now, which is lovely. We read each other stuff and help each other. But yeah, mostly it’s going through Walt and DC.”

Birds of Prey is hitting theaters on February 7th, while The Flash is set to arrive on July 1, 2022.