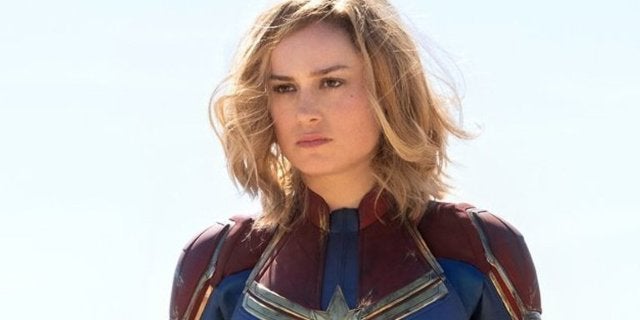 Brie Larson has had a weird road through the Marvel Cinematic Universe and certain fans have made sure that it’s been a strange one to be sure. This week a group of fans started a petition to get the Captain Marvel actress replaced by an actress of color online. All of this news comes on the heels of Captain Marvel 2 getting a writer this week as well. The calls on the petition page urge Larson to “put her money where her mouth is.” (Just for a second, it is worth it to point out that although people can sign, it’s very easy to sign without your real identity tied to it.) So far, the petition almost has the 30,000 signatures that the organizer was looking for. It remains to be seen if the petition will have any real effect on what Marvel chooses to do going forward. In previous comments, Kevin Feige has been quick to say that Larson’s character will be a big part of the MCU going forward.

This isn’t the first time that Larson has had to face some of the more wild sides of the Marvel fandom. She’s had to deal with a lot of negativity from a bunch of different sides over the last few years and she’s remained steadfast in her belief that blocking out the noise is the best way to go about it. When asked about the controversies by Variety the Captain Marvel star had plenty to offer.

“They did? Oh. I didn’t even know,” Larson began. “I don’t have time for it, you know? The things that I have extra time to really look at are, like: am I eating healthy food? Am I drinking water? Am I meditating? Have I called my mom today?”

“More recently, I guess maybe it’s because of Captain Marvel, I’ve had a lot of journalists be, like, ‘How often do Google yourself?’ I’m, like, ‘I’ve never Googled myself,'” Larson revealed. “I have genuinely never needed to look at the internet to explain to me who I am. I’m extremely committed to that in my day-to-day life! There is really nothing more pleasurable to me than observing my mind. And interrogating myself. It is a thing I’ve done since I was a child. And I will do for as long as I can. And I’ve also been super committed to having people in my life that I believe if I start veering too far in a direction, and I need to change something or work on something, that they’ll take me to dinner and be, like, ‘Hey! I’m noticing this, I feel like you should look at that.’ So I trust that, and I trust my experience.”