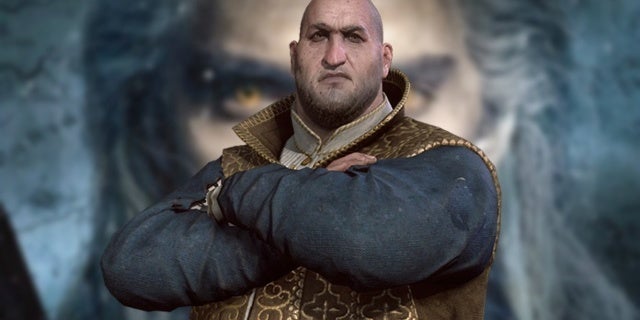 The second season of Netflix’s The Witcher is poised to add many new characters to the show, and if a recent report is accurate, it looks like we might already know who one of those characters is. There’s been talk of Sigismund Dijkstra, the a spy within The Witcher’s universe who was at one time the head of the Redanian Intelligence, playing a role in the next season with auditions reportedly taking place. Actor Graham McTavish who’s known for roles in works like The Hobbit and Outlander also reportedly auditioned for the role, though it’s unclear if he got it or not.

The Witcher news site Redanian Intelligence – a site which is named after the spy organization from The Witcher that Dijkstra is associated with – appropriately reported on the news of the character’s supposed inclusion in the show’s second season. The site referenced an audition clip that was said to feature McTavish auditioning for the role, though the video has since been removed from Vimeo before many were able to see it.

Included with the video was a script for the audition. It’s worth noting that Dijkstra was never mentioned by name in the script but was instead referred to as “David.” Like past auditions, it’s believed that this is a codename for Dijkstra. The script has “David” talking with King Vizimir about gossip and news. The lines belonging to who’s presumed to be Dijkstra even mention spies which certainly lines up with the character’s roles in The Witcher’s stories.

Even if this conversation between Vizimir and Dijkstra was indeed an actual script for an audition, it’s likely that this scene might not even be in The Witcher’s second season at all. Scripts for casting opportunities and auditions have leaked in the past, but before anyone could make assumptions about the show based on short snippets from auditions, showrunner Lauren S. Hissrich said back in 2018 that scenes and storylines featured in these leaks weren’t even in the show.

Remember when I said that casting sides would leak and not to worry because they are not real scenes or scenarios or even storylines from the show?

It happened. As we knew it would. Don’t worry. All is okay in the #Witcher world.

It’s unknown of McTavish will be playing Dijkstra in the second season, but The Witcher fans probably already have their own ideas of who they’d like to see playing that character. Other fan suggestions include Mark Hamill as Vesemir with some people even creating fanart to show what the actor might look like in that role.

The Witcher’s second season is currently in the works for an unknown release date on Netflix.

KonoSuba Smartphone Game to Launch Feb. 27!
Original Saved By the Bell Star Admits She Felt “Hurt” Being Excluded From Reboot
Build-A-Bear Releases Teaser for Doctor Who Line
Learn the SECRET HISTORY of the MANHUNTERS This May
Harrison Ford Tells Ellen That Indiana Jones 5 Will Start in Late Summer