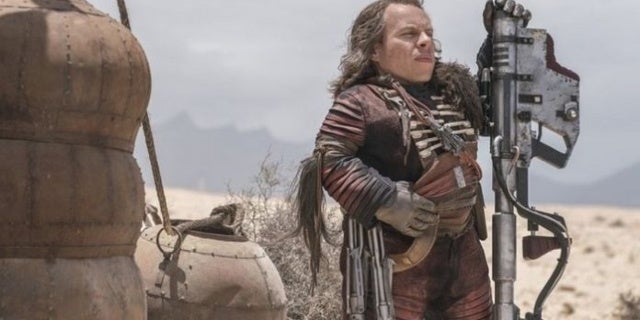 The world of Star Wars is vast and expansive, and Disney and Lucasfilm’s strategy for the franchise seems to be looking in all kinds of different directions and bringing them to life on Disney+. One alumnus of that galaxy far, far away has a pretty radical idea of one story that he’d like to see told and it could end up being a really interesting story for a character that has appeared on screen in Star Wars across decades, and only for a few seconds.

“A character I’d love to bring back would be more Weazel,” Davis told Inverse. “I think he deserves a little bit more. The experience I had on Solo was so fantastic anyway, but I think there’s sort of an intrigue to that character. And I’d like to know what he got up to between Phantom Menace and Solo. Why did he take the path he took?”

As Davis said, his character Weazel first made his cinematic debut in Star Wars: Episode I – The Phantom Menace, with ancillary Star Wars material revealing his role there as a thief working for the Hutt clan. Davis reprised the role for Solo: A Star Wars Story where the character had become a member of Enfys Nest’s Cloud-Riders gang which operated on multiple planets. Like Davis said, there’s clearly a story there.

Davis will seemingly get to reprise at least one Lucasfilm role for Disney+, reportedly appearing as Willow in a sequel series to the 1988 fantasy film. Though work has begun on developing the follow-up, Davis did throw water on the idea that it’s officially happening or has been ordered for the streaming service.

Do you think Lucasfilm should tell the untold story of Weazel on the small screen or is his tale better fit for a comic from Marvel? Sound off in the comments below!