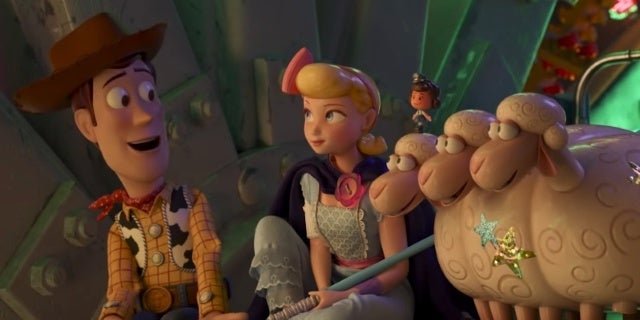 The Toy Story franchise is about to gain an even bigger presence on the Disney+ streaming service in the coming months thanks to a couple of major additions. It was previously revealed that Toy Story 4, the hit film that grossed more than $1 billion at the box office last year, would be arriving on Disney+ on February 5th. That’s not the next Toy Story project hitting the service, however. Pixar and Disney+ have teamed up for short film titled Lamp Life, which will arrive on January 31st.

This week, Pixar unveiled the first trailer for Lamp Life, confirming its release date and offering the first look at what’s in store for the short. Woody Bo Peep, and Giggle McDimples are all set to appear in the short, so fans of Toy Story 4 will certainly get their fill of characters they love when the short arrives. You can check out the trailer for Lamp Life below!

Lamp Life focuses on Bo Peep, again voiced by Annie Potts, during the time between her leaving Andy’s house and meeting Woody at the playground more than a decade later. We know from the events of Toy Story 4 that Bo Peep’s lamp was sent to a new home after leaving Bonnie’s room, before eventually making her way to the antique shop and accepting her position as a lost toy. The years between are still a mystery, and Lamp Life will help fill in the gaps.

What we do know is that Bo meets her sidekick and best pal Giggle McDimples during that time. Cloak & Dagger alum Ally Maki voiced the pint-sized sheriff in Toy Story 4 and will be reprising the role in Lamp Life.

The first three Toy Story films are already streaming on Disney+, as well as a few previous shorts and the children’s series Forky Asks a Question. While Woody’s story may have ended in Toy Story 4, the franchise seems destined for a longer life thanks to the new streaming service.

“This is a new kind of way to tell stories and release them that we didn’t really have before,” Toy Story 4 producer Mark Nielsen told ComicBook.com last year. “We’ve always done short films, and the DVDs often had a short film, but this does give us a greater chance. And while we don’t have anything in mind or any production related to Toy Story right now, beyond Lamp Life and Forky Asks a Question, the door is certainly open to that. And you’re right, these characters have such a great implied history and implied future. You can take any of these characters down a lot of really interesting roads.”

What do you think of the first trailer for Lamp Life? Let us know in the comments!