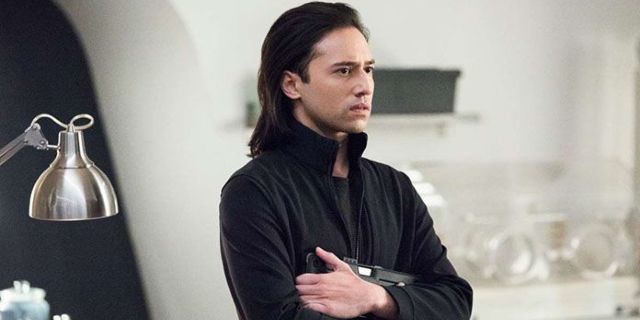 “Crisis on Infinite Earths” made some major changes to The CW‘s Arrowverse, especially for Supergirl. As fans saw at the end of the crossover, her Earth-38 was incorporated into the newly-formed Earth-Prime but it wasn’t without some big shifts. One was that Lex Luthor (Jon Cryer) was now a Nobel Peace Prize-winning good guy, something that definitely didn’t sit well with Kara (Melissa Benoist). While that was a pretty big shift, it was far from the only one and more changes unfolded as Supergirl‘s midseason premiere played out. Here’s a breakdown of how Supergirl’s world is different now post-“Crisis”.

Spoilers for tonight’s episode of Supergirl, “The Bottle Episode”, below.

Some of the major things that are different for Supergirl fans already knew going into “The Bottle Episode” and that includes that Lex Luthor was alive and well and has the world believing he’s a good guy. L Corp is now back to being LutherCorp. What’s new is that the reason that J’onn didn’t just restore the memories of the whole world is that relationships have been so fundamentally altered that it would blow people’s minds trying to sort it all out. The implication is that some things were lost in the translation that was the creation of Earth-Prime, a concept that is faithful in a broad sense to the Crisis comics.

It’s also revealed that, as far as Earth-Prime knows, the Multiverse is gone entirely and they are the lone existing world. This is a bit of a surprising reveal as fans saw at the end of “Crisis on Infinite Earths” that the Multiverse was, in fact, restored. The episode explains that based on known vibrational frequencies, no other worlds exist. This effectively shuts off Earth-Prime and thus answers a question fans have had about whether or not travel to other Earths is possible.

Another bit piece of this post-“Crisis” reality, though, is that the transfer to Earth-Prime wasn’t seamless. There are survivors from the pre-“Crisis” Multiverse and they all appear to have been hanging out in their worlds’ version of Al’s Bar when their worlds were destroyed. The location turns out to have been part of a wormhole bringing various people from various now-dead worlds to Earth-Prime. That means that there are absolutely doppelgangers on Earth-Prime, something that potentially explains the twist ending of this week’s Batwoman.

The other major difference in Supergirl’s post-“Crisis” world is the Leviathan threat. On Earth-Prime, Leviathan hasn’t exactly presented itself as the threat Earth-38 was dealing with. That’s a twist that ends up leading to Brainy (Jesse Rath) agreeing to team up with Lex going forward after a female version of Brainiac-5 from another world (Meaghan Rath) reveals that the only way to save this new Earth from Leviathan is to work with Lex – and that only Brainy can do it.

What did you think about Supergirl‘s new reality? Let us know in the comments below.