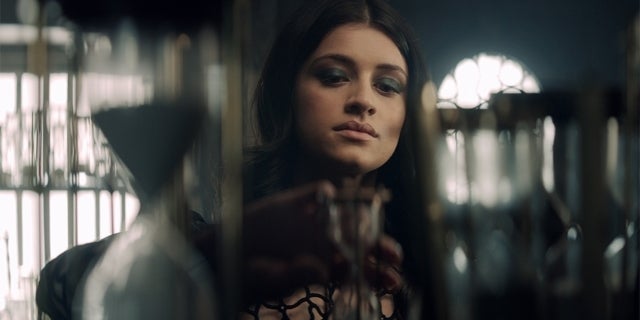 While many folks might first think of Henry Cavill’s Geralt of Rivia when they think of Netflix’s The Witcher, Anya Chalotra’s take on Yennefer of Vengerberg has quickly become a fan favorite. But as with all endeavors, there’s certain difficulties that must be faced, and while Chalotra’s performance might look effortless at times, she told ComicBook.com that there’s actually one particularly challenging aspect that might not immediately jump to mind for most folks.

Spoilers for the first season of Netflix’s The Witcher follow. You’ve been warned.

“The most challenging aspect, was like, I’m in my 20s, and I play from the age of 14 to late 70s, I mean, that is the biggest time I’ve ever been on as an actor,” Chalotra says. “But I love it, it’s so exciting to play, I just have to rethink my approach. I mean, I’ve done more plays than I have TV. So, it was a pace at which we work. And the amount of material that we had, and we were shooting consecutive scenes — was a very different process than I’d ever been on before.”

What do you think of Netflix’s The Witcher? Are you looking forward to Season 2? Let us know in the comments, or hit me up directly on Twitter @rollinbishop to talk all things gaming!

Here’s how Netflix describes the series:

“Based on the best-selling fantasy series, The Witcher is an epic tale of fate and family. Geralt of Rivia, a solitary monster hunter, struggles to find his place in a world where people often prove more wicked than beasts. But when destiny hurtles him toward a powerful sorceress, and a young princess with a dangerous secret, the three must learn to navigate the increasingly volatile Continent together.”

The first eight-episode season of Netflix’s The Witcher is available to stream on the platform now. It has already been renewed for a second season. Lauren S. Hissrich serves as showrunner. It stars Henry Cavill as Geralt of Rivia, Anya Chalotra as Yennefer, and Freya Allan as Ciri. You can check out all of our previous coverage of the latest and greatest adaptation right here.