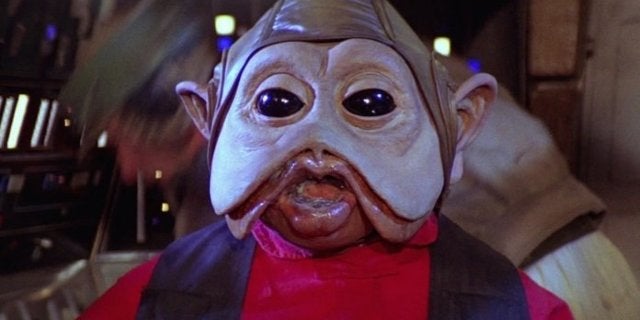 While the release of Star Wars: The Rise of Skywalker did not make it explicitly clear, fans were shocked to learn this week that the last movie in the Lucasfilm saga might have killed off a fan-favorite member of the Rebellion and the Resistance, a character who played a key role in defeating the Empire the first time around. One scene of a ship being struck by Emperor Palpatine’s lightning powers made fans think that Nien Nunb died in the big battle on Exogol. But it looks like the death of the former co-pilot of the Millennium Falcon has been greatly exaggerated, even if it was by Lucasfilm employees.

Actor Mike Quinn, who played the beloved character since he first appeared in Star Wars: Return of the Jedi, responded to the Lucasfilm writer Rae Carson’s assertion that Nien Nunb died in the big battle against the Final Order, providing many logical responses to refute her claims.

“There’s not a single piece of evidence to suggest otherwise in the final movie,” wrote Quinn (via Fantha Tracks). “He’s piloting Leia’s ship from the first Star Wars movie that carries the Death Star plans, the Tantive IV. It gets zapped with Palpatine’s electricity, as does Poe’s X-Wing and everyone else’s craft. Then later Poe states “We’re back online”. There’s no explosion of the Tantive IV anywhere (which is the standard storytelling convention in these movies). We even see a ship looking like the Tantive IV coming in to land above the trees at the end.”

Quinn went on to explain that there is a version of the film where Nunb did indeed sacrifice himself in a big heroic gesture to stop the forces of the Dark Side, but that’s not what made it into the final cut.

“Halfway through filming, they shot the end celebration. At that point Nien was supposed to have sacrificed himself for the cause. That’s why he’s not seen there. I had a chat with JJ about this a while before we filmed the Tantive [IV] scenes. He explained they need some sacrifices and even his friend Greg Grunberg was going to bite it. But he swore me to secrecy. I was happy with that and going out a hero seemed a fitting end. In a penultimate edit, there was a shot of the Tantive [IV] going down or whatever, apparently. However, it was removed in the final edit.”

Quinn ended his lengthy explanation with the request for people to “deal with facts, not confused minds who think they saw something.”

Squabbling among the Lucasfilm family is nothing new, but it’s just interesting that people involved with the movies are going against the people who are helping flesh out the Extended Universe.

Star Wars: The Rise of Skywalker is now playing in theaters.