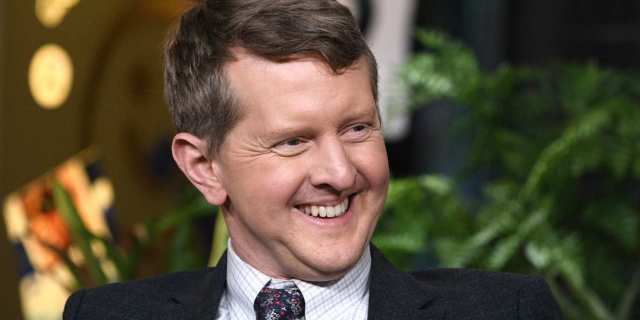 Jeopardy! The Greatest of All Time has delivered some real excitement as three titans of this competition battle to be recognized as the GOAT. But, it has also led to some absolutely hysterical back and forth between the competitors on Twitter this week. James Holzhauer has been trash-talking up a storm on Twitter and needling Ken Jennings incessantly this week. He’s also been getting a lot of shots in on poor Brad Rutter as well. So, Jennings decided to put some of that trash talking to bed with an absolutely hilarious response to all that chirping. The current leader in this tournament wrote, “BREAKING: I have decided to follow @James_Holzhauer on Twitter since he’s been following me on Jeopardy all week.” Wow, so, shots fired on that one. People in the replies are having a field day reacting to the sick burn, but you can bet that this won’t stop Holzhauer from continuing his efforts to get the current leader off his game.

Jennings is just one win away from bringing the W home after his dominant performance in the last episode. He finished with a gaudy total of 67,600 with his adversaries bringing up the rear. Holzhauer is in second with 33,692 and Rutter is way back there with 23,467. All hope is not lost for the second place contestant as he managed to snare a victory in night two. But, Jennings brought home two wins which puts him in position to win the big prize when the competition resumes on Tuesday.

BREAKING: I have decided to follow @James_Holzhauer on Twitter, since he’s been following me on Jeopardy all week.

Last year, Holzhauer absolutely fascinated audiences with that 33 game winning streak last year. Jennings still has a claim for the longest streak in the show’s history with 74 victories back in 2004. But, it looks like it will likely be one of those two unless Rutter manages to complete the comeback of all comebacks next week.

After all, Rutter was a fixture on numerous Jeopardy! tournaments as he became the highest-winning contestant of all-time. During his heyday, the show had a five wins per contestant limit, which has since been lifted. He hadn’t even lost a game to a human opponent before he and Jennings faced off against IBM’s Jeopardy! playing AI Watson back in 2011. All of this back and forth is great heading toward an exciting finish to this massive event.

Jeopardy! The Greatest of All Time resumes Tuesday Jan. 14 at 8/7 CT on ABC.