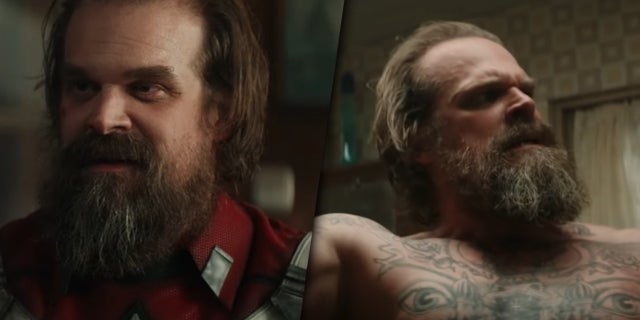 Tuesday brought forth the first teaser for Black Widow, the much-anticipated solo film for Scarlett Johansson’s Natasha Romanoff. Uniquely enough, the trailer itself managed to put to focus on several other characters from Widow’s mythos — characters like Yelena Belova (Florence Pugh), Melina (Rachel Weisz), and Red Guardian (David Harbour). Despite the spy thriller aspect of the film, there were a few moments in the trailer that created that lighthearted tone the masses have come to expect from a movie produced by Marvel Studios. Then, as the trailer begins to wind down, Melina looks at Red Guardian and offers probably the harshest jab of the whole bit. “You got fat,” the Oscar-winning actress says.

As you might expect, the internet quickly lit ablaze with those claiming Marvel was fat-shaming the character. Just months after we all went through a similar process with Thor’s new Avengers: Endgame look, the cycle started to repeat itself. But like Bro Thor, it would seem there’s a story underneath what we see on the screen.

Moments after Melina’s character shoots that rough job Alexei’s way, we see the character fighting Taskmaster in hand-to-hand combat. When we first see the two fighting, he’s winded and disheveled, but quickly dusts himself off and gets right back into the fight. Seconds earlier, the characters in the movie were making fun of him for putting on some weight and now, we see the character holding his own against one of the Marvel universe’s best fighters, someone who can mimic his every move.

Even with the little we’ve seen, it would appear the movie — and Red Guardian himself — will follow a storyline not unlike that of Thor’s Endgame arc; therein lies the essence of the “joke.” Years after last being active, it looks like the character hops right back into action, regardless of his physical or mental state. He uncovers the suit he once loved and is thrilled when it fits — something most of us heavy people have always enjoyed, right?

He then proceeds to kick some ass, even when those close to him cast their doubts — even when they think he’s too out of shape. It’s a story about perseverance and shining bright in the face of adversity. It’s far too early to comment on Red Guardians full arc, so maybe by the time the movie is released, this piece is null and void. But what we’ve seen of the character so far has been a good spotlight for body positivity and inclusion — at least in the mind of this writer.