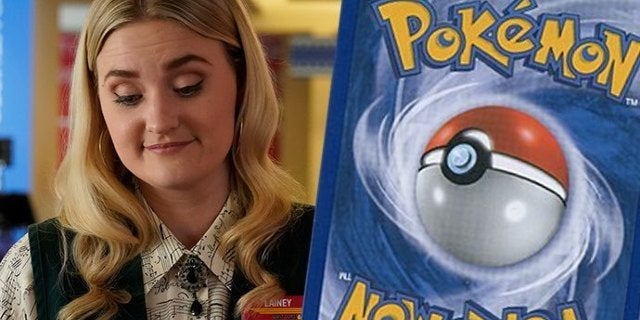 If you think trading card games are a thing of the past, you better think again. Not only are games like Magic: The Gathering doing as well as ever but other name-brand games are thriving with kids. For instance, the Pokemon Trading Card Game is at the top of its game, and it seems ABC is ready to spotlight the game with a special episode of Schooled.

This week, ABC will air its latest episode of Schooled. The show will release “The Pokemon Society” on December 4, and it will see one of its leads fall into the word of Pokemon TCG with a bit of a twist.

“Meanwhile, Lainey supplements her salary as a teacher by working at the local video store and learns an important lesson.”

For fans of the Pokemon TCG, this episode will be a must-watch as it will reminisce on the heyday of the game. Back in the 1990s, the game was impossible to avoid thanks to how popular Pokemon was. The brand-new franchise ruled pop culture with an iron fist, and Schooled‘s executive producer Adam F. Goldberg says his own childhood helped inspire the episode.

“The greatest part about creating episodes for Schooled is exploring the most iconic parts of the 90s,” said Goldberg. “Pokemon was a seminal part of the decade. My love of non-sport trading cards began in the 80s with Wacky Packages and Garbage Pail Kids, but for kids of the 90s, Pokemon kicked it to the next level. For so many people, Pokemon is the defining game of that time.”

“Our show received approval from The Pokemon Company International due to the time and attention we spent portraying the beginnings of kids’ love for the cards in the 90s where so many schools had afterschool Pokemon clubs,” the producer shared. “There was no feeling like popping packs and hoping you pulled a rare card.”

If you want to relive some of your best Pokemon memories, you can later this week. Schooled will air “The Pokemon Society” on Wednesday, December 4 at 8:30 pm EST.

Will you be checking out this episode? Let me know in the comments or hit me up on Twitter @MeganPetersCB to talk all things comics and anime!

Star Wars: Rogue One Co-Writer Confirms He’s Not Involved With Prequel TV Series
Captain Marvel Takes on the Movie Trolls in Avengers
Fruits Basket Season 2 to Air in Spring 2020!
Here’s How Supergirl’s World Has Changed Post-Crisis on Infinite Earths
John Cena Says the Beginning of The Suicide Squad Is Like Its Own Movie