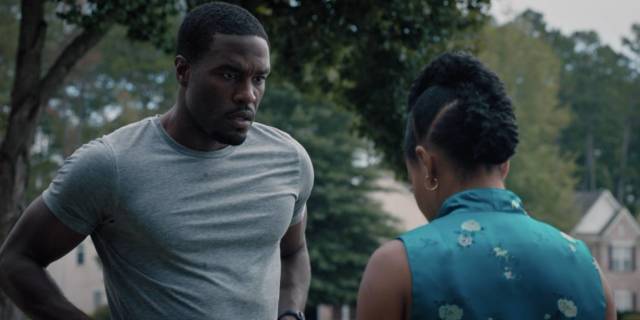 Fans of HBO’s Watchmen were thrown for a loop tonight as the end of the episode unleashed one of the biggest secrets the series had to offer. Now, one of the stars of the show has spoken out on that tremendous surprise. Yahya Abdul-Mateen plays Cal on the series and he was constantly looking for his wife over the course of “An Almost Religious Awe.” Now, the end of the episode sees Angela Abar back out amongst the people after a lengthy series of conversations with Lady Trieu (Hong Chau). Now, the endgame is set up for the final two weeks of the series and questions are finally being answered. But, there are some massive curveballs in play heading into the final two acts. Nobody knows what is going to happen with Jeremy Irons’ Ozymandias or what the hulking clock in the middle of Oklahoma will do. But, some of the other motivations for both protagonists and antagonists have come into view. *Spoilers for tonight’s episode of Watchmen, “An Almost Religious Awe,” below.*

After the big reveal went down, Mateen posted the video below to Twitter. The question hovering over Watchmen this entire time has been: Where is Doctor Manhattan? Tonight’s episode finally answered that query with a flourish. Will Reeves (Louis Gosset Jr) told Abar about Doctor Manhattan being able to take human form back near the beginning of the series. But, now the audience knows for themselves that is the absolute truth. To make matters more dire, Trieu tells her that the most powerful being in the universe is living in Tulsa. The Seventh Kavalry plans to trap him and become imbued with the same power.

Next, comes another gut punch as Abar retreats home to seemingly visit her family. Things are much more dire after her and Cal share a strange conversation, which includes the tidbit that her husband has been Doctor Manhattan this entire time. She bashes in Cal’s head to retrieve a strange device bearing an atom symbol which causes him to revert. After that moment, she tells Manhattan, “We’re in big trouble baby.”

Social media is in shambles and this show is not done screwing with the audiences’ brains. There are a bunch of people claiming victory in calling the reveal and some are just plain old shocked. Whatever the case, discussion is flowing and it’s only going to get more wild from here folks.

As you can guess, that was a lot for fans to take in and they soon hit social media to react to the stunning twist. From shock to disgust and even a few ‘we knew it!” reactions, fans lit up social media to process this big reveal and even speculate about what it all means as the series heads into its final two episodes.