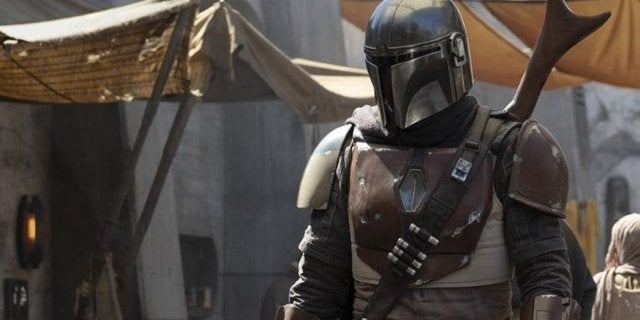 Rian Johnson is having a blast after Knives Out was released this month. But, Star Wars fever is at an all-time high with Baby Yoda and The Mandalorian. The filmmaker was asked on a CinemaBlend podcast about having a chance to be behind the camera in the next season. Like most directors, Johnson would be all for another trip to the galaxy far, far away. But, it remains to see if that would happen. The filmmaker has a number of projects lined up, like Knives Out was. It will ultimately come down to the question of what the schedule will allow. For it’s part, The Mandalorian has been nothing short of a smash for Disney+ in the early days of the service. Season 2 will probably be one of the most anticipated titles on the platform whenever it rolls around.

The director answered, “H*** Yeah! Man, if I had the time, I would get in there in a heartbeat. I had a set visit for Season 1 and it looked amazing. It looked like so much fun!”

Of course, with any discussion of Rian Johnson Star Wars discourse isn’t very far away. He recently said on the ReelBlend podcast that he was thankful for the vocal distaste for The Last Jedi. All that negative feedback gave him some things to think about in the long run.

“In terms of the bad stuff, I’ll tell you it’s interesting. That’s been one of the really healthy things for me about the past couple of years, is getting exposed to it,” Johnson began. “Before I made The Last Jedi, I had never had anyone hate me on the internet. If during the course of a year I got one negative tweet I would go into a panic. I’d be like ‘Oh my god, someone out there doesn’t like me. I need to fix this!’ The thing is though, I am really really thankful. Because what that meant is that my sense of self-worth was attached to the notion of everybody liking me online. And the fact that this process has made me, out of survival, disconnect from that.”

Johnson would also add that the experience fundamentally changed how he interacts with negativity on social media. In fact, it made those interactions better.

“And also it’s given me a more realistic view of the system that is social media. There’s a lot of great, genuine interaction that goes on,” Johnson continued. The bad stuff, the systematic trolling, the almost gamified abuse that some people devote their entire online presence to; honestly, once you’ve seen enough of it, you see the pattern of it. It just sort of gets boring after a while. It doesn’t even give me that little negative ping anymore. And I don’t think it’s even my skin growing tough. It’s just I’ve put in perspective. I realize this is kind of a byproduct of this social Twitter system. There’s going to be some degree of people where this is their hobby, basically. So overall I found it made me adjust to social media where I’m seeing it and using it in a healthier way.”

Star Wars: The Rise of Skywalker premieres on December 20th.