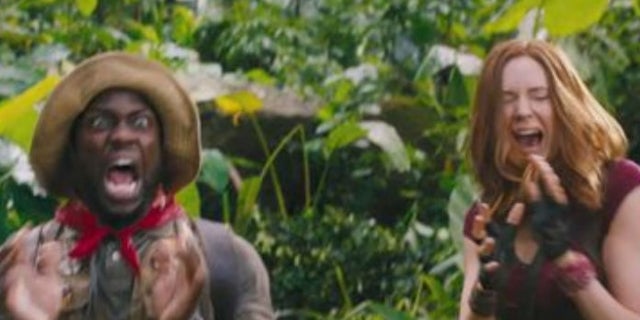 Happy Belated Birthday, Karen Gillan! November 28th marked the 32nd birthday of the actor best known for playing Nebula in the Marvel Cinematic Universe. Currently, Gillan is in the midst of her global press tour to promote her latest film, Jumanji: The Next Level. The new movie features the return of many cast members from Jumanji: Welcome to the Jungle, including Kevin Hart. In fact, Hart took to Instagram yesterday to wish his co-star a happy birthday with a sweet message.

“I’m a day late but I wanted to wish my amazingly talented Co Star @karengillanofficial a happy b day. We are so lucky to have you on our Jumanji team….Ruby Roundhouse is everything. We love ya!!!!!,” Hart wrote.

“Thanks Kevin!!!! I’m so lucky to work with such hilarious, kind and brilliant guys!!! See ya on the next Jumanji tour stop! 🔥💃,” Gillan replied.

Also returning is director Jake Kasdan, who is working with a script from Scott Rosenberg and Jeff Pinkner. Last year, Kasdan spoke about his love for this revitalized franchise and seemed excited about what’s to come.

Jumanji: The Next Level will arrive in theaters on December 13th.