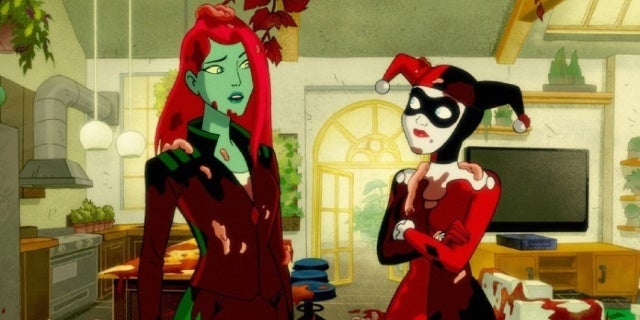 This Black Friday will have a special significance for DC fans, as it will bring about the premiere of DC Universe’s Harley Quinn animated series. The adult-oriented series follows Harley (Kaley Cuoco) in her journey to reinvent herself and become a formidable foe in Gotham after she is initially dumped by The Joker (Alan Tudyk). Seeing as Harley becoming single has been known to essentially set the series in motion, some fans have been excited to see if a romantic relationship between Harley and Poison Ivy (Lake Bell) is in the cards. In a recent interview with CBR, series creators Justin Halpern and Patrick Schumacker revealed that it’s definitely something they want to explore, but they hope fans will be “patient” in waiting for it.

“Without giving too much away, that was something we wanted to explore,” Halpern explained. “I won’t tell you what happens. But yeah, that’s certainly was of interest to us.”

“Yeah. I mean, we do a lot of setting the table in Season 1 of just the world of the show,” Schumacker added. “If you are patient…”

“It was important for us in Season 1 to not get her out of a relationship and then suddenly get her into another one,” Halpern added. “We wanted it to just be about this self-discovery and not self-discovery in terms of how I validate myself through other people. In the first season, we sort of stay away from too much of her being romantically involved in anything.”

While this news will surely disappoint some HarleyIvy shippers, the explanation for not pairing the two together right out of the gate is pretty admirable. And given the fact that the series already has a thirteen-episode second season on deck, there’s certainly reason to hope that this “patience” will eventually pay off.

The first episode of Harley Quinn will premiere on November 29th on DC Universe.