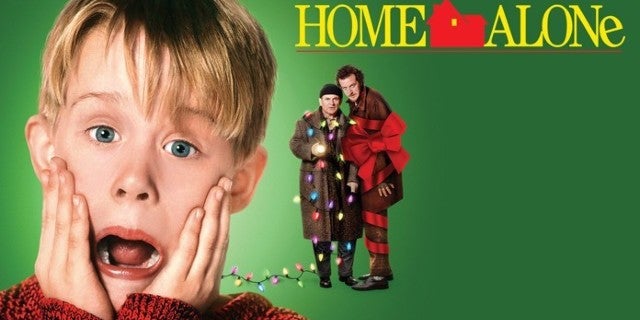 Tomorrow is Thanksgiving and people are already flying past Turkey Day straight to the larger Holiday Season. If you’re in the mood for a holiday classic on Disney+, the company just gave you some really great news. Home Alone 1,2, and 3 all made their way to the platform today. People on Twitter are pumped to see their inclusion after most people assumed the movies would be available near the launch of the service. Better late than never though, and if the success of other beloved properties from the past is any indication, this will be a definite win for a bunch of people looking to watch one of their holiday favorites. Now, all that’s left is to wait on the obligatory Macaulay Culkin tweet about the news. The last few moments of him weighing in on Home Alone news have been absolutely hilarious. He truly knows how to have some fun with his persona and seems like one of the rare celebrities that are in on the joke around a property that he was a part of.

Funny enough, Disney announced plans to try and develop other sequels earlier this year. As a part of the Fox acquisition, they talked about taking a number of fun titles from the company’s library and developing movies or series around them. The Observer reported that Disney was already eyeing Dan Mazer to direct and Mikey Day from Saturday Night Live to help craft the script with Streeter Seidell. Long-time X-Men boss Hutch Parker and Dan Wilson are being tabbed to produce.

🙀 KEEEEEEVINNNNNNNNNN 🙀 Home Alone (1,2, AND 3) are here just in time for the long weekend. Start streaming now on #DisneyPlus—home alone or not. pic.twitter.com/VRzHMZlxaj

In the report, details about a possible plot for the film made it out as well. The piece suggested that it would follow a husband and wife who “go to war” with a young kid named Max. The child has apparently stolen something from them and they want it back. In the mold of Kevin from the original, Max is described as an “energetic, witty nine-year-old boy with a mischievous side.” As far as adults are concerned, Fox is reportedly looking for a big name for that female lead.

All of this reboot talk emerged from Disney’s Q3 earnings call when CEO Bob Iger revealed Disney would be reimagining Home Alone, Night at the Museum, and Diary of a Wimpy Kid for Disney+.

Home Alone was wildly successful at the box office upon release. It grossed a whopping $467.7 million when it was released in 1990.

WONDER WOMAN Must Save GORILLA CITY in GIANT #3
The Witcher’s Ciri Explains How She Prepared for the Brutal Nilfgaard Invasion Scene
Whisper of the Heart Gets Live Action Movie Adaptation!
Digimon Reboot Anime to Bring Taichi and the Crew Back on New Adventures!
IMMORTAL HULK Hunting for Horror in America’s Heartland, Thanks to LEMIRE & DEL MUNDO