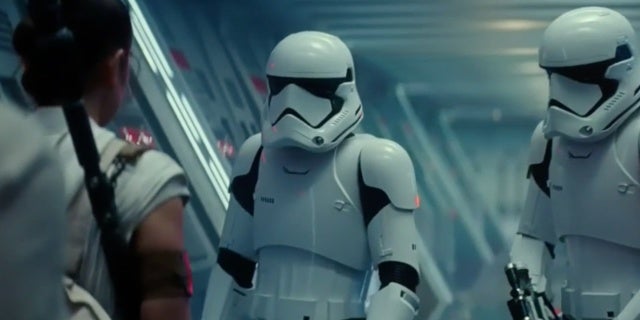 Rey has spent the better part of two entire movies trying to get a handle on her powers, and it looks like she will finally have real control over the Force by the time the next movie arrives. Hardly anything about Star Wars: The Rise of Skywalker has been revealed thus far, especially when it comes to the specifics of the main characters and their stories. However, in a newly-released TV spot for the film, Rey is seen using the Force in a very similar way to Obi-Wan Kenobi in Star Wars: A New Hope.

In the spot, which you can watch in the video above, Rey waves her hand at a couple of Stormtroopers to convince them that she, Poe, and Finn are totally okay to be where they are. The troopers quickly repeat her words and oblige.