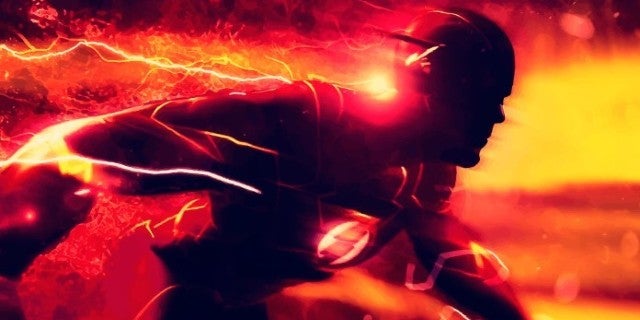 Warne Bros. hasn’t had the best track record of luck with its DC movie universe, but the studio now seems poised to make another big push to get the full-fledged franchise up and running. There are several new reports about DC character films that WB is moving through the production line, and one of them is the long-awaited movie adaptation of The Flash. Word is out that, after several delays in production, The Flash will indeed be heading into production. However, before you get too excited, you should probably know: while The Flash is now on WB’s production schedule, it isn’t set to start filing until 2021.

We’ve known for a bit now that WB was serious about re-approaching The Flash movie. The Studio tapped IT director Andy Muschietti to direct The Flash as his next film, and assigned Transformers: Bumblebee writer Christina Hodson to handle the script. Here’s what Variety reported about the latest regarding The Flash movie:

“Warners and DC also still have faith in Ezra Miller’s smart-ass interpretation of the Flash and are proceeding with development on a standalone film based on the character… Production on “The Flash” won’t be able to start until Miller finishes up work on the next “Fantastic Beasts” film, which means that cameras are unlikely to roll until 2021.”

So, even though Andy Muschietti is set, it looks like Ezra Miller’s commitment to one of Warner Bros.‘ other big franchises (Harry Potter prequel Fantastic Beasts) will be holding things up. It’s a totally understandable reality of scheduling – though, at this point, it’s debatable whether or not most wants want a third Fantastic Beasts movie, rather than getting Ezra Miller’s Flash movie. The second Fantastic Beasts movie, The Crimes of Grindelwald, was a pretty big letdown; the sequel is both the lowest-earning and worst-reviewed installment of the entire Harry Potter franchise. Of course, Crimes of Grindelwald ended on a major cliffhanger about Ezra Miller’s character, the downtrodden and abused Credence Barebone, who is revealed to in fact be Albus Dumbledore’s long-lost brother, Aurelius. Obviously, that’s a pretty precarious place to leave the franchise, so another installment was pretty much a necessity.

If The Flash shoots in 2021, it’ll be very interesting to see what the state of the DC Films Universe is by then, when new visions of both The Batman and The Suicide Squad have paved over their DCEU predecessors. Add to that dilemma the state of the Superman franchise… and it’s clear The Flash will have to choose its steps carefully.

THE HERO INITIATIVE Creator Testimonials: ‘It Saved My Life’
IMMORTAL HULK Hunting for Horror in America’s Heartland, Thanks to LEMIRE & DEL MUNDO
Crisis on Infinite Earths Showrunner Speaks Out on the Next CW Crossover
The Witcher’s Ciri Explains How She Prepared for the Brutal Nilfgaard Invasion Scene
DC 1st Look: Hal Searches for New, Young Guardians in THE GREEN LANTERN: SEASON TWO #1