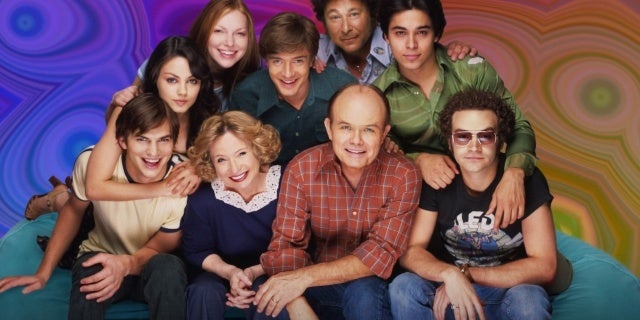 With the launch of several new streaming services in recent months and early next year, Netflix is starting to lose a lot of programs that have helped make it a binging staple. The Office and Parks and Recreation are moving to NBCUniversal’s Peacock, Friends is on its way to WarnerMedia’s HBO Max, FX programs like Sons of Anarchy will now appear on Hulu as a part of Disney’s purchase of Fox. Many of the popular shows on Netflix that aren’t original to the service are heading out, and that could include That ’70s Show.

The contract for That ’70s Show on Netflix ends next year, and program’s studio, Carsey-Werner Television, has yet to sign a new deal with the streaming service to keep it going past that date. According to The Los Angeles Times, Carsey-Werner is actively hearing offers from multiple streaming options in regards to the rights to That ’70s Show.

It was made apparent earlier this year that long-running sitcoms are one of the commodities in the streaming wars. NBCUniversal paid more than $400 million to regain the rights to The Office for its new Peacock service. WarnerMedia shelled out $500 million for Friends and reportedly double that for The Big Bang Theory. Netflix even made its own move to acquire Seinfeld in 2021. These popular sitcoms come with heavy price tags, as they remain the most bingeable programs in streaming, and That ’70s Show is no exception.

That ’70s Show won’t sell for nearly as much as Friends or The Office, but it still demands a substantial sum given its popularity and episode count. Carsey-Werner also produced other popular sitcoms like Roseanne and 3rd Rock From the Sun, and their streaming rights will also be up for new contracts in 2021.

Of course, there’s a chance Netflix could continue streaming That ’70s Show once the contract is up, provided the service is willing to spend more than its rivals.

Do you hope to see That ’70s Show stay on Netflix for the long haul? Do you think it will end up on another service? Let us know your prediction in te comments below!