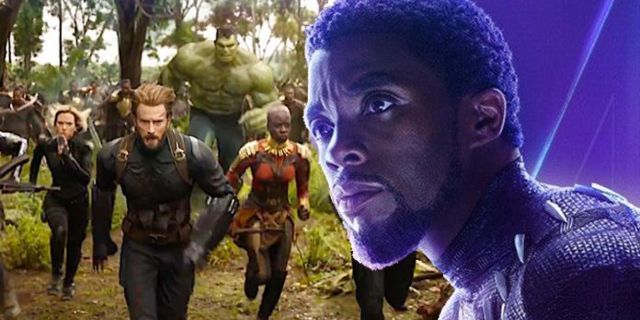 Avengers: Infinity War’s climactic final battle had a lot going on in the margins of the scene. There were no less than three different threads converging before the moment that Thanos finally got the opening he was looking for. Things could have been even harder for the Mad Titan if some of the details from the Art of Avengers: Endgame visual guidebook. In the pages of that book, there are concept art images of some significant upgrades for the Wakandan forces on the ground. Some of the soldiers would have had powered armor suits and robotic animal companions to help in the fight. Now, that sounds pretty out there at first glance, but a large mechanized cheetah is probably too dope to pass up. Although, that’s exactly what the powers that be decided to do. It would be easy to guess that the cost of producing all of this was prohibitive. Faust De Martini, concept artist, strived to make his creations an African inspiration and humanize the giant stomping technology.

“I wanted to make it like this being that is moving around that you initially don’t even know what it is,” De Martini said in the book. “But then you see there’s a guy driving that.”

Now, the challenge remains for the next trip to Wakanda to expand on all the loose threads from both Endgame and Black Panther.

“I think, you know, hopefully we can maintain the foundation that we sort of set and build upon it and expand it and explore it. That’s what I hope,” Boseman told MTV International while on the promotional tour for his new movie 21 Bridges, produced by Boseman’s Avengers: Endgame directors the Russo Brothers. “But I think first you have to maintain the foundation. We built a culture and a world, so you have to make sure that you keep that in place.”

Black Panther 2 is going to be a massive undertaking. One so large, that Ryan Coogler previously admitted to the pressure present in returning for the followup entails. A movie that grossed $1.34 billion at the worldwide box office was always going to be a tough act to follow.

“I think the pressure is kind of always going to be there,” Coogler said to IndieWire. “I’ve had a chance to make three feature films, each one of them had its own very specific type of pressure. In the process of it, it feels insurmountable each time.”

He added, “When it comes to making a sequel, I’ve never done it before, a sequel to something that I’ve directed myself. So I think there’s gonna be a lot of pressure there, but what we’re going to try to do is just focus on the work, like we always do. Really try to go step by step and try to quiet everything else around us, really focus on trying to make something that has some type of meaning.”