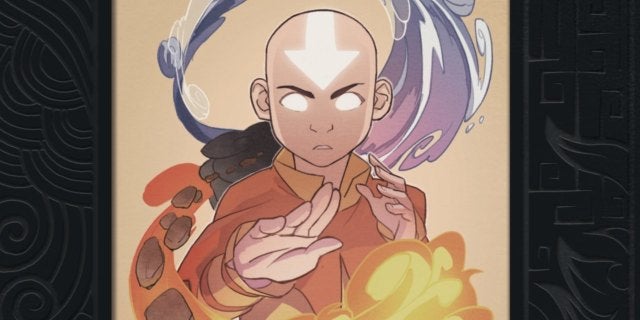 Do you remember meeting Aang for the first time? It has been 15 years since the Avatar was introduced to the world, and his debut wowed fans and critics alike. After all of these years, Avatar: The Last Airbender remains one of the most beloved animated series to date, and it plans to celebrate its anniversary in a big way.

Thanks to Nickelodeon, ComicBook.com is able to exclusively reveal an upcoming steelbook collection for Avatar: The Last Airbender. The complete series will come to Blu-ray once more on February 18, 2020. Currently, the steelbook is slated to contain three books which feature unique artwork by Caleb Thomas which form a gorgeous triptych.

“The 3-book collection features stunning new artwork by artist Caleb Thomas, with each book featuring a different element (Water, Earth, and Fire) and the covers combining to form a beautiful triptych. Thomas was handpicked to design the collection’s covers after series co-creator Bryan Konietzko became a fan of Thomas’ art style on social media,” Nickelodeon confirmed.

According to the press release, this steelbook will be numbered to 20,000. Currently, the edition has a retail price for $97.99, so fans can start saving now for the post-holiday splurge. If you want to know what all comes with the Avatar: The Last Airbender steelbook, you can read up on its content listing below:

Will you be adding this steel book to your collection? Let me know in the comments or hit me up on Twitter @MeganPetersCB to talk all things comics and anime!

For those of you unfamiliar with Avatar: The Last Airbender, the series screened on Nickelodeon between 2005 and 2008. Its complex story and diverse stars earned the series’ acclaim. The Last Airbender’s story coupled with its anime-inspired artwork helped the franchise grow a loyal fanbase, and the series has continued to expand with various comics over the years. It also resulted in an animated sequel titled “The Legend of Korra“, which followed the next Avatar that was reincarnated from our former protagonist, Aang.