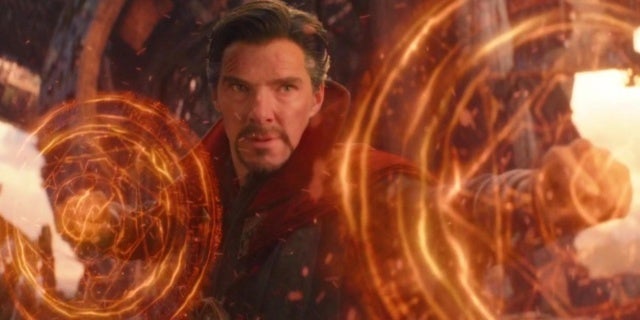 Over two years ago, a leak surfaced online showing Dr. Strange (Benedict Cumberbatch) and Spider-Man (Tom Holland) teaming up on what appeared to be a foreign planet. With Avengers: Infinity War being the most hyped movie in recent history at the time, many figured it was a fake leak; after all, there’s no way Marvel Studios would allow something of the nature to make it out the doors before the movie hit theaters. As it turns out, the leak was the real deal — that much has been confirmed thanks to the Infinity War box set Marvel fans started receiving this week.

On the set’s bonus disc full of deleted scenes, one of the scenes for Avengers: Infinity War was the scene leaked on the camera monitors in July 2017. The scene is pretty gnarly in its own right, as it takes place after Thanos (Josh Brolin) wakes up from Mantis’ (Pom Klementieff) sway. Using the Infinity Gauntlet, he’s able to rip the souls from the bodies of the Guardians, forcing Strange to order Spider-Man to help out. Spidey then collects the physical bodies of the Guardians on Titan and takes them to Mantis, who’s able to reconnect the souls with their respective bodies.

The leak was particularly chilling at the time because the monitor reads “Peter! Protect them. They’re not dead,” a line no fan wants to read ahead of a massive team-up flick. It’s one of the many scenes included on the packed disc, all of which appear to be completely unique to the massive box set.

Avengers: Infinity War is available to stream through Netflix.

What other deleted scenes were you hoping to see make the final cuts of Infinity War and Endgame? Let us know your thoughts in the comments below!