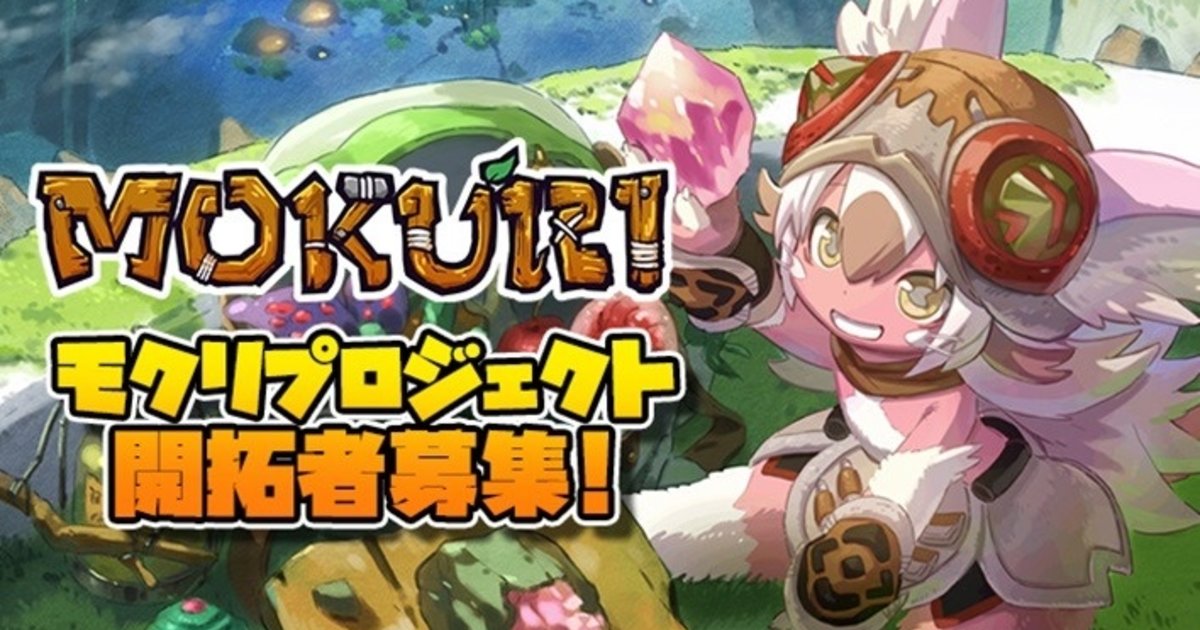 Mokuri, a new anime project from Made in Abyss’ Tsukushi Akihito and Kemono Friends’ Fukuhara Yoshitada, has opened its crowdfunding campaign via Makuake!

A cute creature who loves making things, Mokuri was born as a character for VR games, designed by Tsukushi as part of a project originally by HIKKY’s Sawae Mika. Now, Mokuri is set to star in a new anime, setting off on a journey with a strange being called Noinoi. Fukuhara will serve as the anime’s executive producer.

The crowdfunding campaign promises fans the opportunity to help shape the project’s direction as well as receiving exclusive updates on the production process.

The Mokuri crowdfunding campaign will run on Makuake until Jan. 30, 2020.