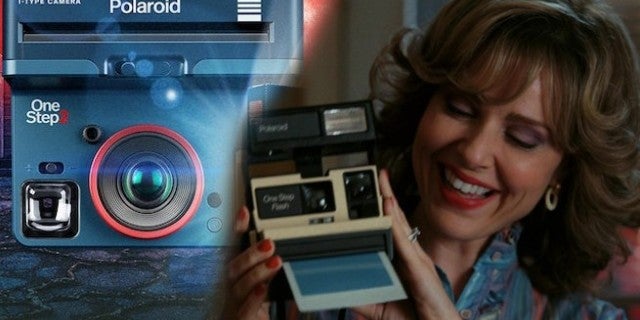 Stranger Things mania is still running strong as fans await the next installment of the franchise. The gear available for purchase hasn’t slowed down since Season 3’s release and one cool tie-in has an Easter Egg waiting for eagle-eyed fans. The bottom o the camera has some very fun instructions for avid amateur photographers that might come into contact with monsters. The first instruction is to keep the camera at least 60cm, or 2 feet, from the Demogorgon. After that, keep the light behind you, it helps with all Polaroids. Third, always use the flash because it kills monsters. Everything gets tied into a bow with the small “Property of Hawkins National Laboratory” logo next to this sequence of directions. Sometimes these sorts of brand partnerships can make your eyes roll, but in this case, it is pretty much perfect.

But, more seriously, what is going to happen to Sheriff Hopper? Fans of the series were left out in the wind at the conclusion of Season 3. He sacrificed himself, but the body never turned up. A post-credits scene after the final gestured towards Hopper being an “American” prisoner over in some Russian military compound. Is he there? How does that work? Will he get back in Stranger Things 4? It’s all way too early to tell the answer to any of these questions.

Easter egg on the bottom of the Stranger Things edition Polaroid camera. from r/StrangerThings

The man himself, David Harbour teased the fact that fans are going to have to wait and find out his character’s ultimate fate. People are hoping that his hinting points to the possibility that he will be back for Stranger Things 4.

“What can I tell you? What can’t I tell you? I mean I don’t really know but we will have to see together,” Harbour said when asked about the subject. “It’s a pretty serious situation that he gets himself into there at the end and it’s a pretty moving arc in terms of the way this all plays out. So I think we’ll sort of leave it at that and see if there is a life beyond, but I’m not sure yet.”

Netflix is more than ready to see Stranger Things 4 on the streaming service. Chief Content Officer Ted Sarandos talked about the excitement surrounding the hit series’ next chapter unfolding on the platform.

The Duffer Brothers added in their own statement, “We are absolutely thrilled to continue our relationship with Netflix. Ted Sarandos, Cindy Holland, Brian Wright, and Matt Thunell took a huge chance on us and our show — and forever changed our lives. From our first pitch meeting to the release of Stranger Things 3, the entire team at Netflix has been nothing short of sensational, providing us with the kind of support, guidance, and creative freedom we always dreamed about. We can’t wait to tell many more stories together — beginning, of course, with a return trip to Hawkins!”