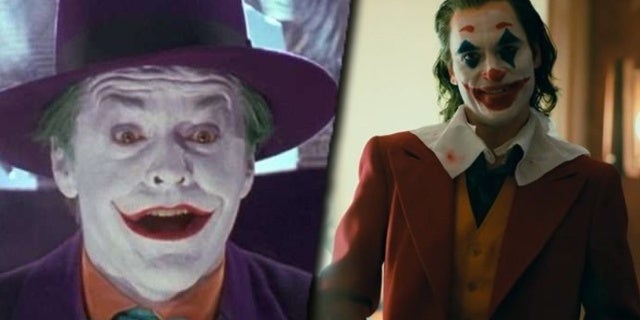 DC Entertainment will be well-represented on HBO Max, WarnerMedia’s upcoming streaming service, when it launches next spring. In addition to three new series announced today — a Green Lantern series and the anthology Strange Adventures, both from Arrowverse maestro Greg Berlanti , plus DC Superhero High from Elizabeth Banks — the service will be bringing dozens of DC feature films to the platform, including the new box office smash Joker, which will be available at launch. Per HBO Max’s presentation at its media day this evening, every Batman and Superman movie since 1978 will be available on HBO Max at launch, along with every DC movie of the last decade in the first year.

The films include Superman: The Movie, Superman II, Superman III, and Superman IV: the Quest For Peace. It was not immediately clear whether Richard Donner’s cut of Superman II, which was released on DVD years after the film hit theaters in a re-edited version from Richard Lester, would be available to stream on HBO Max as well.

The Donner question is relevant not just for the content itself but because fans of Zack Snyder’s DC films swarmed the Twitter account making HBO Max announcements to ask for news on the Snyder Cut of Justice League.

Superman Returns and Man of Steel will also be available, along with Batman, Batman Returns, Batman Forever, Batman & Robin, Batman Begins, The Dark Knight, and The Dark Knight Rises. Most of these films have been regularly available on streaming video on demand platforms all along, although they often seem to have short licenses and move around quite a bit. Superman Returns, for instance, was recently a promoted “free with ads” movie on Vudu, the retail/rental streamer owned by Walmart.

In addition to films, the DC television properties are likely to be pretty well-represented, as well. The presentation did not get into specifics in terms of which catalogue releases might find their way to HBO Max, but it would not be unreasonable to suspect that a lot of DC’s classic animation and live-action TV and serial properties, which currently live on the DC Universe app, might also show up on HBO Max, not unlike Doom Patrol, a show whose second season was announced in conjunction with the fact that it was going to be launching simultaneously on both streamers.

The Witcher Reportedly Casting Dijkstra for Season 2, Hobbit Actor Auditions
Marvel’s The Eternals to Film Big Action Sequence in London This Week
Netflix Reveals Major Change to What It Considers a “View”
Star Wars: Rogue One Co-Writer Confirms He’s Not Involved With Prequel TV Series
CHILDREN OF THE ATOM Expands DAWN OF X This April