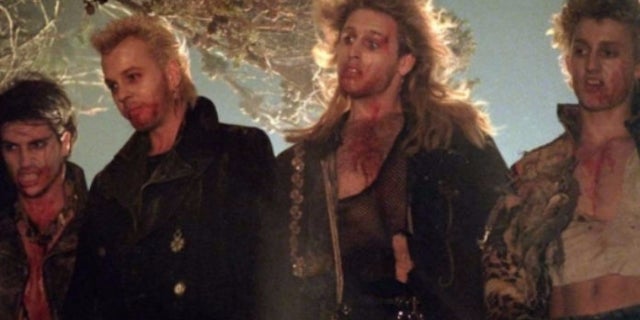 ’80s horror still remains a pretty integral part of our popular culture, and for many, The Lost Boys is no exception. The 1987 vampire movie has earned a cult following in the decades since its release, sparking two sequels, comic spinoffs, and a potential reboot on The CW. But according to one of the franchise’s stars, one scene was a little too boundary-pushing to make its way into the movie. In a recent interview with Yahoo, Kiefer Sutherland spoke about one moment he was particularly fond of, but that was far too violent and bizarre for the film’s tone.

“There was a scene that actually didn’t make the movie that I was really, really excited about, mainly because it was just so violent I couldn’t believe that we were doing it,” Sutherland explained. “It’s sort of in the movie — they cut around it — but there was a guy on a beach and he was bald and they had made a prosthetic cast of his head. And the part of the scene that I loved the most was literally, it was like a cake: I ate the whole back of his head off and blood just went everywhere. I had been directed to just smile like a child having cake, and the two images were so frightening and scary.”

While the mental image of the scene is certainly macabre, there definitely is something that works about it in the context of Sutherland’s scene-stealing role. As it stands right now, the next installment in The Lost Boys franchise might have an even more distinct approach to violence, as a television reboot has been in development for years on The CW. Most recently, the potential series committed to refilming its pilot episode, which will hopefully be the final step in its journey to the small screen.

What do you think of this The Lost Boys deleted scene? Share your thoughts with us in the comments below!